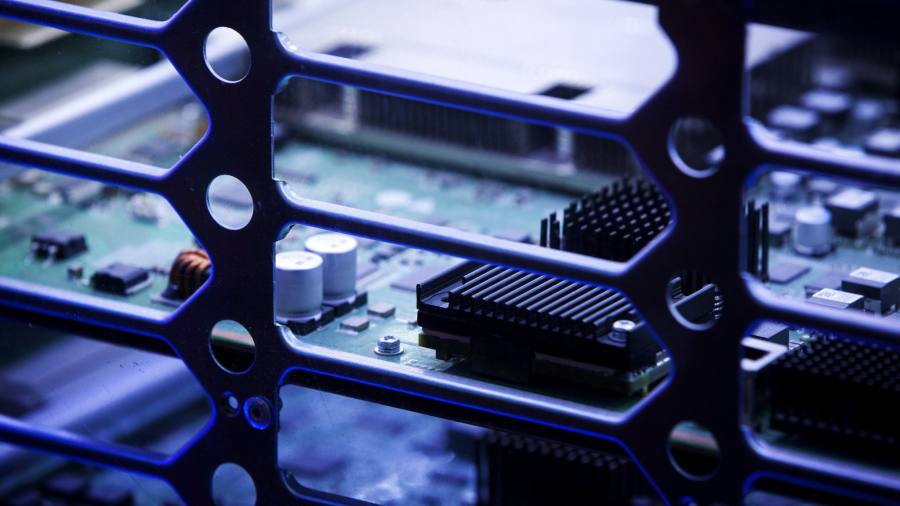 China’s technology-focused ChiNext index has fallen into a bear market, as the impact of higher US tariffs and Washington’s drive to ban Chinese telecoms group Huawei hammered smaller companies listed in Shenzhen.

Seventeen stocks included in the index fell by the maximum 10 per cent allowed for Chinese listed companies on Thursday, with the chips sector off almost 4 per cent on the day compared with a fall of 2.7 per cent for the broader index. But that was enough to take the gauge into a bear market, defined as a drop of 20 per cent or more from the most recent peak, in April.

Analysts said smaller Chinese companies were suffering more from the US-China trade war than bigger companies backed directly by Beijing, which are better equipped to weather the impact of rising tariffs.

The tech-heavy, small-cap exchange is home to far more companies sensitive to market volatility than the main Shenzhen board or the exchange in Shanghai, which is home to many of the country’s big state-owned enterprises. On Thursday the benchmark CSI 300 index of large-caps listed on those two bourses fell just 0.9 per cent.

“The US-China trade confrontation has escalated from trade itself to technology and business barriers” said Margaret Yang, market analyst with CMC Markets Singapore.

The administration of US president Donald Trump has moved to add Shenzhen-based Huawei and 68 affiliates to its prohibitive “entity list”, which essentially bars US companies from selling to the Chinese telecoms group and comes into effect in August. Huawei has warned that Washington’s move to blacklist it will hit 1,200 US suppliers to the group, but already, many local suppliers are already feeling some pain.

“The US ban of Huawei will have a material impact on Huawei’s supply chain both domestic and overseas, so that will have a big impact on many listed companies in Shenzhen,” Ms Yang said, adding that tariffs could push up unemployment in export-oriented provinces like Guangdong which rely heavily on manufacturing.

The latest dip for the ChiNext benchmark came despite China’s announcement on Thursday that it had handed out commercial 5G licenses to major carriers earlier than expected. That is an ostensible boon for Huawei, which has been shut out of the US market. The company estimates it has stockpiled enough parts and developed enough of its own technology for just six to nine months of operations.

This is not the first time a potential US ban has sent shudders through China’s stock market. After the US threatened to ban telecoms group ZTE last year, some Chinese tech companies said they had drawn up contingency plans in case Washington floated similar measures.

But Iris Pang, greater China economist at ING, said that such plans were unlikely to compensate fully for the lost business. “Although they have contingency plans, they can’t totally replace the usual normal export volume and value,” she said.