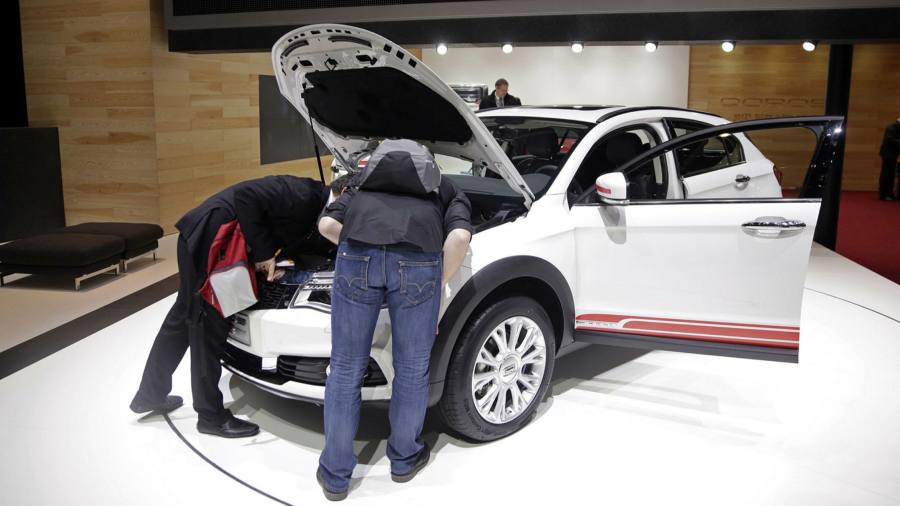 The Israeli co-founder of struggling Chinese carmaker Qoros has sold half his remaining stake for $237m, in a deal that took more than a year for the Beijing authorities to clear.

Shipping magnate Idan Ofer, who owns a stake in Atlético Madrid football club, founded the carmaker in 2007 with the aim of creating a homegrown Chinese brand to export vehicles globally.

But the business has struggled with mounting losses and flagging sales, and in 2018 Chinese private conglomerate Baoneng Investment Group injected $1bn in a rescue deal to give it 51 per cent of the carmaker.

On Thursday, Mr Ofer’s Kenon holding group announced it has sold 12 per cent — half of its remaining shares — to Baoneng, which is controlled by Yao Zhenhua, the fourth-richest person in China. The sale values Qoros at just under $2bn.

Chery, a local carmaker backed by the Chinese government that also co-founded Qoros, still owns a 25 per cent stake.

Kenon, in which Mr Ofer holds a 58 per cent stake, still has 12 per cent of Qoros, but has an option to sell the remaining shares to Baoneng in the next three years. The deal to sell half its shares to Baoneng was agreed early in 2019, but has taken longer than expected to receive the green light from regulators.

The move reduces Kenon’s exposure to China’s car industry at a tumultuous time for the world’s largest car market.

After climbing solidly for 30 years, China’s car market has fallen sharply for the past two years, squeezing brands that entered the business during the decades of expansion.

Manufacturers have been further hammered by the shutdowns earlier this year because of coronavirus, which saw car sales vanish as dealerships and factories across the country shuttered.

The pinch has been felt particularly sharply by Chinese domestic carmakers, with several forced to raise additional funding.

NIO, one of a handful of battery car start-ups in the country, had to raise $989m this week from investors. The group’s New York-listed shares have collapsed since its IPO in late 2018.

Qoros competes in the mass market against local brands including Geely and Great Wall, as well as international titans such as Toyota.

The brand, which originally harboured ambitions to export vehicles to the world, sold under 30,000 vehicles last year and is still lossmaking, according to Kenon.

While premium car sales in China have recovered well since the lockdown, the fiercely competitive mass market segment remains weaker, with sales still half previous levels.