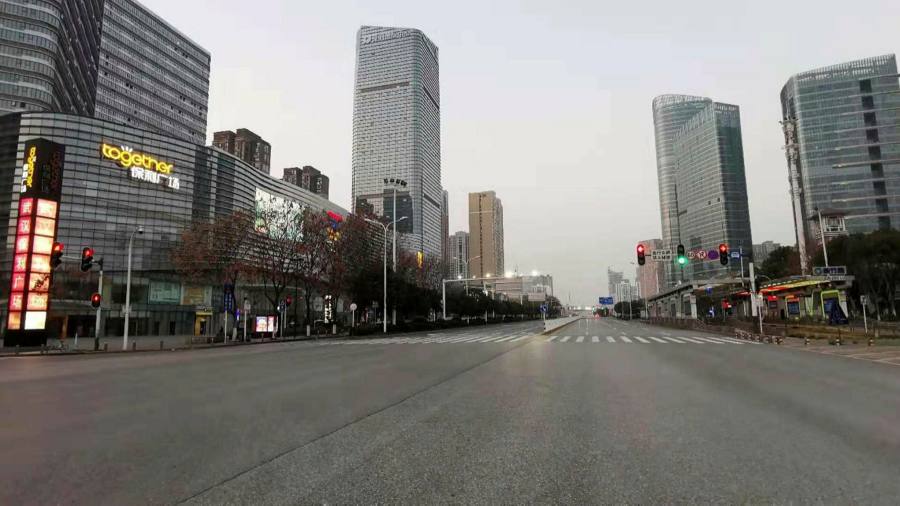 Wuhan is the biggest transport hub in inland China, home to the factories of countless multinational and local businesses. It is also the country’s biggest ghost town. The lockdown triggered by the coronavirus means most plants are closed. The same applies across more than a dozen other Chinese cities. Supply chains, both domestic and global, are at risk.

Autos and technology, two of the most vulnerable sectors, suffered badly when Chinese equities markets sold off on Monday. An 8 per cent drop in the local blue chip CSI 300 index could have been worse. Local markets have been shut for more than a week for New Year holidays and a government-imposed break. An injection of $171bn in liquidity from the People’s Bank of China will no doubt have helped.

Some stocks will suffer far more lasting damage. Shares of Chinese automaker Dongfeng have dropped over a fifth since the outbreak started. Most of its production is based in Wuhan. Global automakers such as Peugeot, Renault, Honda and Nissan are at risk too. The latter bases roughly half its Chinese production in the city. Domestic supply chains face prolonged disruption until factories can reopen. Component shortages appear inevitable.

This malady will hit global suppliers as well. Tech companies such as Apple, Chinese smartphone maker Xiaomi and local electronic component maker BOE Technology rely on factories in Wuhan. Apple blames its wider-than-usual first-quarter earnings forecast range on this. Production losses are expected from Taiwan’s Hon Hai, which makes most of the world’s iPhones. Shares in the company, also known as Foxconn, have fallen a tenth in the past two weeks. Finding alternative suppliers will not be easy. More than a third of factories supplying Apple are based in Chinese cities which have extended plant closures.

The timing could not have been worse. Just as economic growth tapers off, containing the virus should lop 1.6 percentage points off Goldman Sachs’ China GDP growth rate estimate in the first quarter, down to just 4 per cent. That would be a much bigger hit than Hong Kong’s during the Sars epidemic.

The disruption underlines China’s central position as a manufacturing hub for the electronics and automotive industries. It could undermine that status too. China’s large, fluid industrial workforce has given China a big competitive advantage. The epidemic has shown it has a definite downside.