Without the coronavirus pandemic, the number of poor people in developing Asia would have continued to decline in line with experience over the past two decades.

The number of people in poverty, defined as living on no more than US$1.90 per day, would have declined to 114 million by the end of 2020, while using US$3.20 as the poverty line, the number would have fallen to 734 million.

But the coronavirus reversed this trend, with the ADB now estimating the number of poor people in the region is likely to rise instead to 192 million by the end of 2020 using the US$1.90 poverty line, or to 896 million using the US$3.20 poverty line.

Poor workers, informal workers and small business are affected [the most] Yasuyuki Sawada

This means, depending on the poverty definition, an additional 78 million or 162 million people, reversing the poverty reduction achieved over the past three to four years.

Poorer segments of the society, including the self employed in the informal economy, are more vulnerable to the pandemic because they cannot earn income by working from home as white collar employees are able to do, Sawada added.

Additionally, micro and small-sized firms and industries, particularly in South Asian countries, are also being disproportionately affected because liquidity constraints may prevent them from continuing to operate during the lockdown period or when their operations have been suspended, Sawada explained.

“So inevitably [these businesses] have to fire their employees,” Sawada said. “Poor workers, informal workers and small business are affected [the most],” Sawada said.

Economies across developing Asia will contract this year for the first time in nearly six decades, with about three quarters of the region’s economies expected to post negative growth in 2020.

Next year’s recovery will be below pre-Covid-19 projections, suggesting an L-shaped recovery, Sawada said.

The ADB forecasts that overall gross domestic product growth for developing Asia will contract by 0.7 per cent this year, marking its first negative economic growth since 1962. Growth is forecast to rebound to 6.8 per cent in 2021, but this will still leave GDP next year substantially below expectations before Covid-19.

Thus, the region’s growth will experience a weak L-shaped recovery rather than a strong V-shaped rebound, the ADB said. 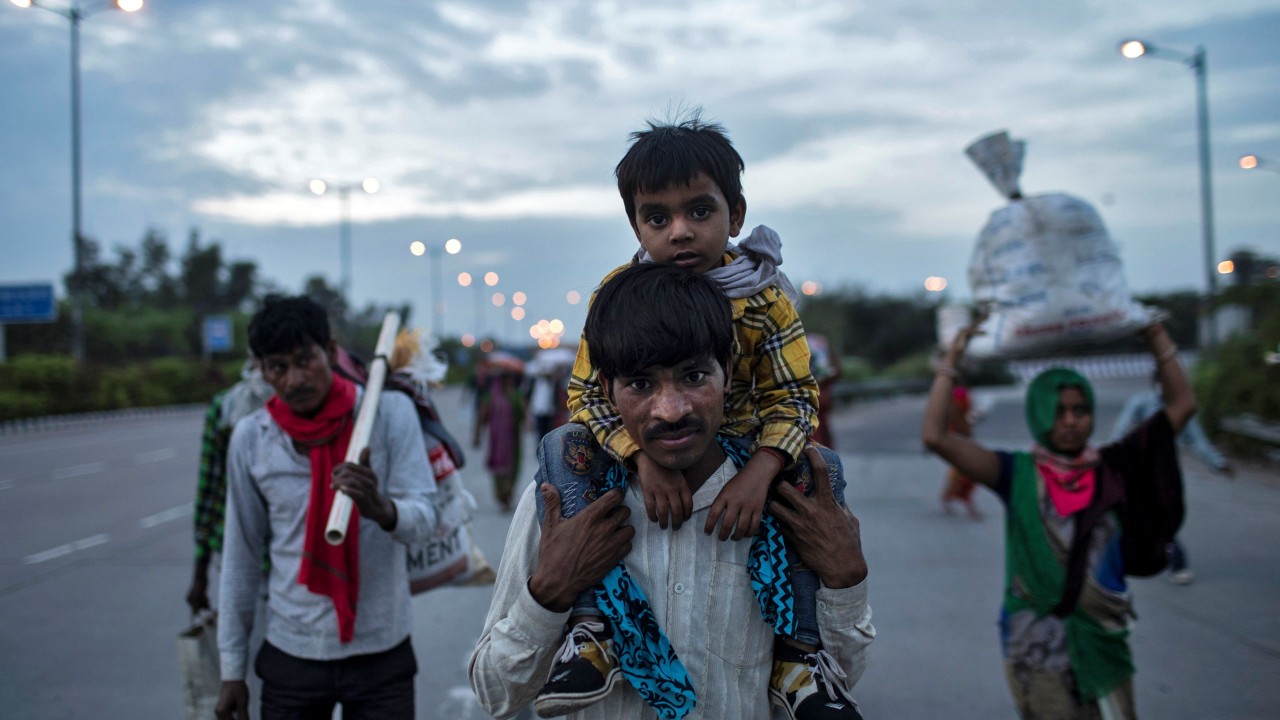 The picture across the region is mixed, with the path and speed of the economic recovery depending on the success in controlling the pandemic. In particular, the two largest economies in the region are diverging as the start of the recovery in China contrasts with continued fragility in India.

China contained its domestic outbreak relatively rapidly, while the outbreak in India has intensified since April, spreading rapidly from cities to rural areas.

The ADB downgraded its forecast for this year to 1.8 per cent from due a slower than expected recovery, although it will rise 7.7 per cent in 2021.

A prolonged Covid-19 pandemic remains the biggest downside risk to the region’s growth outlook this year and next year. Other downside risks come from geopolitical tensions, including an escalation of the trade and technology conflict between the United States and China, as well as financial vulnerabilities that could be exacerbated by a prolonged pandemic.

Although the US and China have reaffirmed their commitment to the enforcement of previous tariffs remains in place, Sawada noted.

Moreover, China has met only 48 per cent of phase one deal purchase targets since July and a second phase agreement on structural reforms seems unlikely to take place this year.

“So US-China friction not only on trade but also on technology seems to be a bit worrisome,” Sawada said. “This is another element tilting risks to the downside for Asian-Pacific economies.”