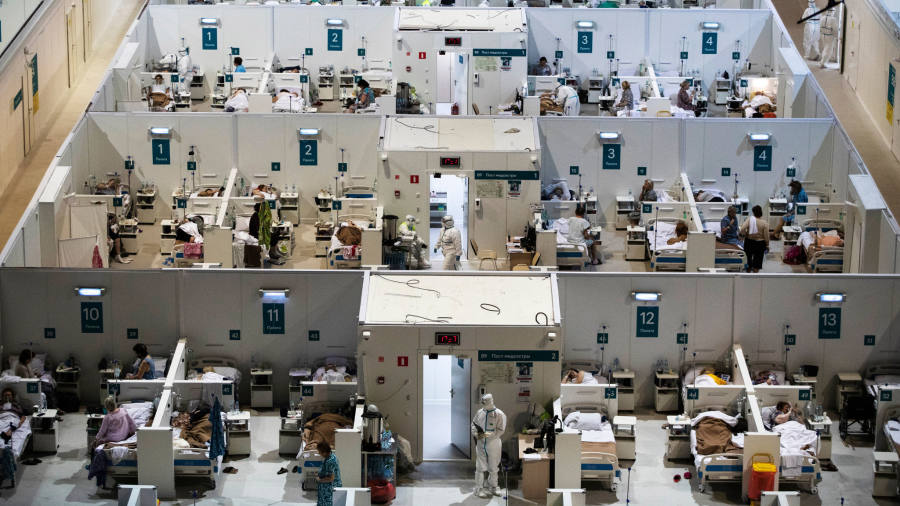 The number of people currently hospitalised in the US with Covid-19 fell on Thursday to the lowest in 10 days even as the number of daily deaths hovered near 4,000.

Hospitalisations dropped to 128,947 from 130,391 on Wednesday, according to Covid Tracking Project data.

That is the lowest level since January 4 and compares to the record of 132,463 on January 6 (which had been revised lower by one patient).

Signs of plateaus in several states that have been hit hard in the latest surge appear to be helping.

Most notably, California, with 22,210 patients, has not set a record level of hospitalisations for a week. Texas (14,052) and Arizona (4,930) both experienced their most recent peak two days ago, while Georgia (5,968) and Virginia (3,196) stepped back from record highs on Wednesday.

North Carolina reported a record 3,990 hospitalisations. However, this marked the first time since September 17 that only one state — then West Virginia — reported a record level of patients, according to a Financial Times analysis of Covid Tracking Project data.

Given that hospitalisations lag behind coronavirus cases but precede fatalities, this may give some hope that record national death rates may start to plateau in coming weeks.
States attributed a further 3,915 deaths to coronavirus, according to figures on Thursday.

That is down from 4,087 on Wednesday, which is now a record increase following revisions by Covid Tracking Project to its data.

The US reported more than 4,000 deaths in a single day for the first time on January 7.

The country has averaged 3,312 fatalities a day over the past week, down from a record 3,335 on Wednesday.

Texas (426) and Nevada (62) were the two states to report record numbers of deaths on Thursday, while California (552) reported the most.