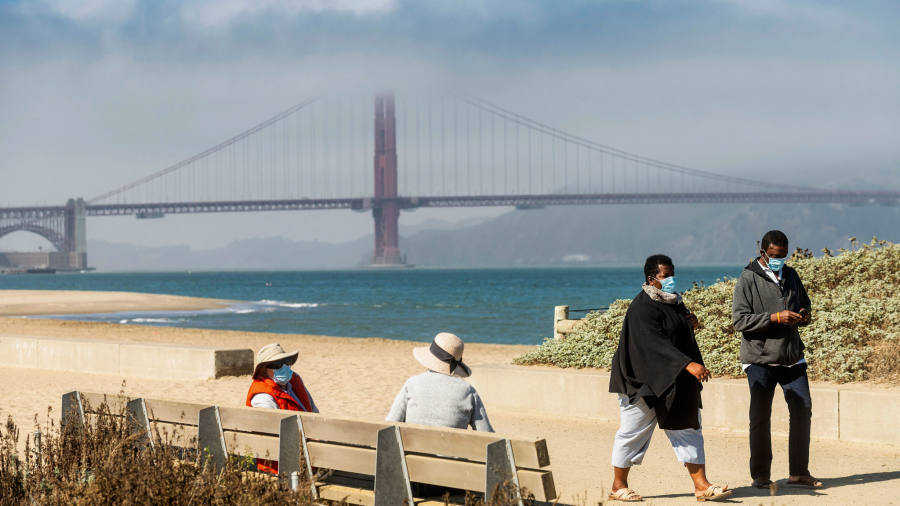 The US reported a record jump in coronavirus cases for the third day running on Friday — with more than 224,000 new infections — as hospitalisations hit another peak.

For the first time, the seven most populous US states — California, Texas, Florida, New York, Pennsylvania, Illinois and Ohio — all reported more than 10,000 cases apiece after New York crossed that threshold for the first time since late April.

That septet of states represented about 40 per cent of the record 224,831 cases reported across the country on Friday, according to Covid Tracking Project data. Daily cases have now hit records for three days in a row, following 210,204 cases on Thursday and 195,796 on Wednesday.

The broadening spread of coronavirus across the country has meant that nearly every state has set a one-day record for daily cases within the past three weeks.

New York, Florida and Hawaii are the only states clinging to record single-day increases from earlier in the crisis, according to a Financial Times analysis of Covid Tracking Project data. This ignores the nearly 16,800 cases Florida reported on November 27 that made up for no data being reported on Thanksgiving, and also rules out more than 17,800 cases for Texas on September 22 that was given a one-off boost after authorities added in a backlog of nearly 13,900 older cases that stemmed from backlogs of tests.

New York could soon eclipse its April 15 record of 11,571 cases in a single day. On Friday, the Empire State reported 11,271 new infections, its second-biggest daily tally since the start of the pandemic.

California set a one-day record for any state, with 22,018 new cases, just hours before before local authorities in the Bay Area, home to San Francisco and Silicon Valley, issued a stay-at-home order aimed at preserving the region’s dwindling intensive care unit capacity.

The number of people in US hospitals with coronavirus rose to a record 101,276, according to Covid Tracking Project data on Friday.

Nine states, including California, Pennsylvania, Tennessee, North Carolina and Washington, reported record levels of hospitalisations on Friday. Pennsylvania Governor Tom Wolf warned earlier in the day the state was projected to run out of intensive care unit beds in mid-December.

A further 2,563 deaths were attributed to coronavirus. It was the first time since mid-April the US death toll rose by more than 2,000 for four consecutive days, following tallies of 2,473, 2,733, 2,706 on Tuesday, Wednesday and Thursday, respectively.

The US has averaged 1,781 deaths a day over the past week, the highest level since mid-May.