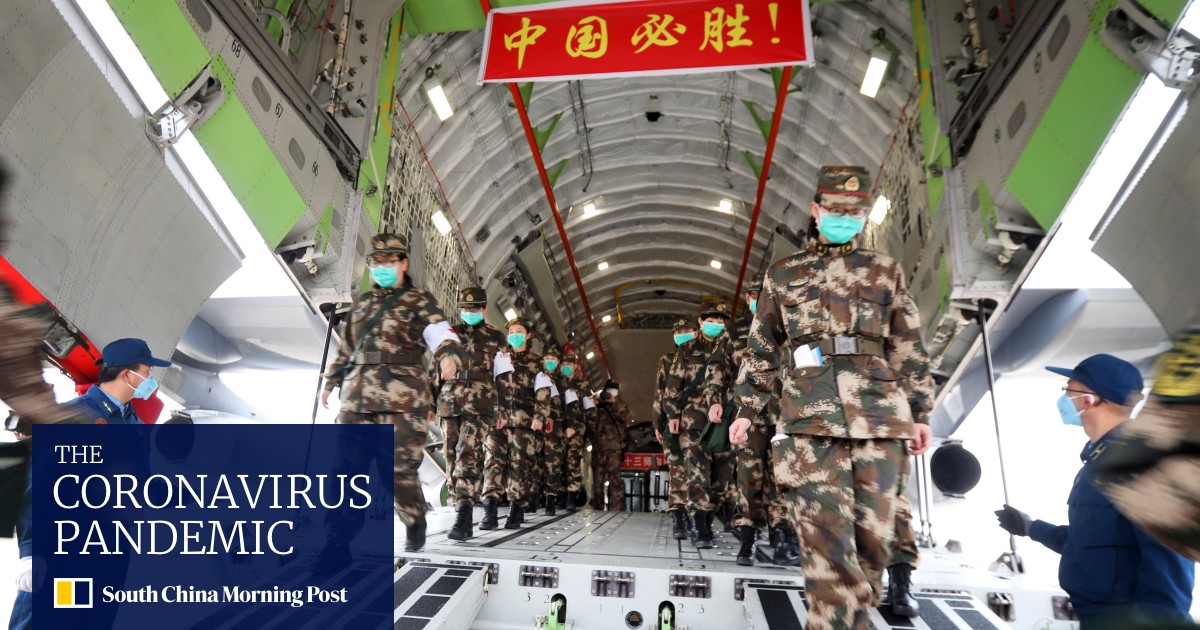 “The PLA is still a conscription army and, given its large turnover of soldiers every year and the late recruitment and training plan this year, the coronavirus pandemic has already affected combat effectiveness,” said Adam Ni, director of the China Policy Centre, an independent, non-profit research organisation based in Canberra, Australia.

The navy’s operations, in particular, would have been affected, according to Charlie Lyons Jones, a researcher from the Australian Strategic Policy Institute’s defence and strategy programme.

“The Chinese navy, short of highly effective disease control measures, is unlikely to avoid similar outbreaks of the novel coronavirus on board its warships,” he said.

“Therefore, even if the PLA Navy currently has zero personnel infected by the novel coronavirus, its position as a navy that can operate effectively in a period of higher-than-normal tension remains precarious at best,” Jones said. He also questioned Beijing’s claims that the military was virus-free.

“The PLA played an important role in China’s response to the coronavirus outbreak in Wuhan … The idea that none of these personnel working on the front lines in Wuhan became infected by the novel coronavirus would be inconsistent with the experiences of countries from around the world,” he said.

More than 4,000 military medical workers were sent to Wuhan as part of China’s effort to contain the outbreak at ground zero – which included the rapid-built emergency field facility, the Huoshenshan hospital – and their efforts were highlighted in a documentary screened recently by state broadcaster CCTV.

At the time, rumours were rampant that the Chinese military had been affected by the coronavirus, fuelled by a report on February 17 by the official PLA Daily that some soldiers had been placed in quarantine and Yu Qiusong, captain of the Changzhou type 054A frigate, was isolating in a guest house. The news report did not mention why the personnel were in quarantine.

But analysts said that whether the official numbers were accurate, the PLA’s closed management, fast response and past experience with severe acute respiratory syndrome (Sars) gave China’s military an advantage in keeping the coronavirus at bay.

Zhou Chenming, a Beijing-based military observer, said a key reason for the less serious hit to the PLA compared to other forces was its speed in recognising the severity of the situation.

“What’s more, the PLA has its own logistic support system that can help minimise its contact with the outside world, thus reducing the possibility of contracting the virus,” he said.

According to Xinhua, the PLA’s Centre for Disease Control and Prevention drew up an emergency response plan and mobilisation arrangements on January 20, the same day Xi issued an instruction to the public that the virus must be “resolutely contained”.

Timothy Heath, a senior international defence research analyst with the Rand Corporation, a US think tank, said China’s military had benefited from its less international role, compared to US forces.

“The US is a globally distributed force while the Chinese military largely operates on the mainland. The US thus faces challenges in containing the disease that the Chinese military does not have to face … and the US military has a large range of missions and tasks it carries out to counter threats to its allies and partners, as well as to US security. This complicates efforts by the US military to carry out disease control measures,” he said.

and get a 10% discount (original price US$400) off the China AI Report 2020 by SCMP Research. Learn about the AI ambitions of Alibaba, Baidu & JD.com through our in-depth case studies, and explore new applications of AI across industries. The report also includes exclusive access to webinars to interact with C-level executives from leading China AI companies (via live Q&A sessions). Offer valid until 31 May 2020.