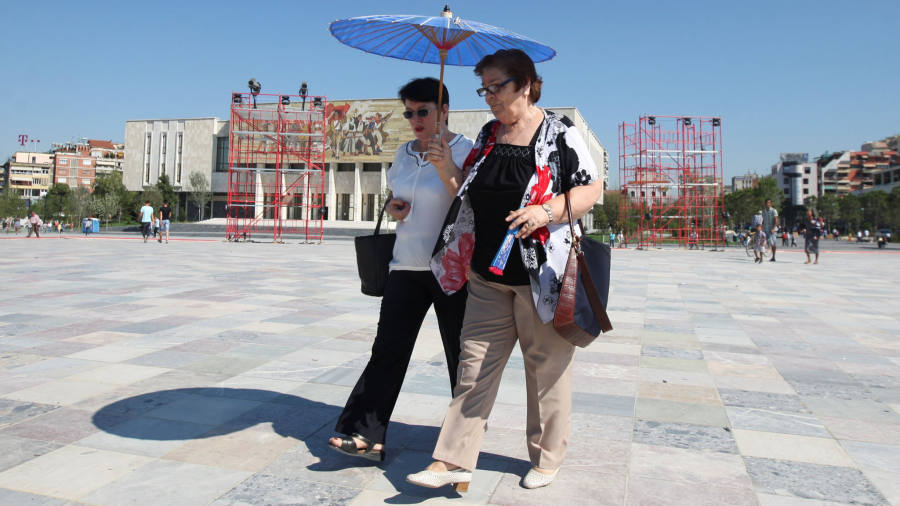 Even if we are able to fight the coronavirus pandemic into submission, its effects are likely to spark nothing less than a rethink of how the world does business.

This outbreak has come at a time when globalisation was already under serious threat from the trade war between the US and China and growing uncertainty over the future of free trade in general. In the past, shocks to global supply chains, such as the 2011 earthquake and tsunami in Japan, were seen as one-off events. These temporary disturbances were not expected to seriously disrupt a successful and stable business model, built on the assumption that globalisation was here to stay.

This time is different. The shocks that global supply chains are experiencing are likely to reverberate. The US-China conflict has not been resolved and could reignite at any moment. Companies can no longer take it for granted that tariff commitments enshrined by World Trade Organization rules will prevent sudden surges in protectionism. The WTO dispute mechanism has stopped working.

At the same time, Covid-19 has exposed what many may consider an excessive reliance on suppliers located in China. The province of Hubei, where the outbreak began, is a high-tech manufacturing hub, home to local and foreign firms that are highly integrated in the automotive, electronics and pharmaceuticals industries. The province accounts for 4.5 per cent of Chinese gross domestic product; 300 of the world’s top 500 companies have facilities in Wuhan, Hubei’s capital. The outbreak of coronavirus there caused disruptions to supply chains on all continents before it became a pandemic.

The quest to find the most cost-effective suppliers has left many companies without a plan B. More than half of firms surveyed by the Shanghai Japanese Commerce and Industry Club reported their supply chains were affected by the outbreak. Less than a quarter said they had alternative production or procurement plans in case of a prolonged disruption. The knock-on effects may be greater as companies often do not know where suppliers of their suppliers are located.

Many countries are now discovering how dependent they are on supplies from China. For instance, almost three-quarters of blood thinners imported by Italy come from China. The same is true for 60 per cent of antibiotics imported by Japan and 40 per cent imported by Germany, Italy and France. Political tensions increase as leaders stress where the virus originated, especially those who have not done enough to prepare their countries for a robust response. This will add another layer of uncertainty over trade policies.

Businesses will be forced to rethink their global value chains. These chains were shaped to maximise efficiency and profits. And while just-in-time manufacturing may be the optimal way of producing a highly complex item such as a car, the disadvantages of a system that requires all of its elements to work like clockwork have now been exposed.

Even as the pandemic has pushed climate change out of the headlines, the threat to the planet has not gone away. In the absence of a globally co-ordinated response we can expect more shocks in the form of extreme weather events or further infectious outbreaks. Companies that fail to take action may share the fate of the gradually-boiling frog.

Resilience will become the new buzzword. Firms will think harder about diversifying their supplier base to hedge against disruptions to a particular producer, geographic region or changes in trade policy. This means building in redundancy and perhaps even moving away from the practice of holding near-zero inventories. Costs will certainly rise but, in the post-Covid world, concerns about supply chain fragility will come right after those over cost. Firms will be expected to assess resilience of their second and third-tier suppliers, too.

We may see some reshoring as automation reduces labour costs. Newer EU member states and Spain may see a growth in manufacturing employment. Opportunities may be created for countries that have not been top of investors’ lists before. In a post-pandemic world, boardrooms will echo with mentions of countries such as Belarus, Ukraine or Mongolia, while executives will exchange tips on their favourite haunts in Tirana and Chisinau. In Brussels the corridors will buzz with the latest discussions on deeper trade integration further into the global east and south.

Coronavirus will not end globalisation, but it will change it. Companies will have to adapt to succeed. That’s what viruses force us to do, including economically.

A Scorpio man does not desire your daily life tale in the day that is first but rather, he desires to slowly unravel all your quirks and experience and hobbies and faculties one at a time

“In the event that partner is certainly not committed or committed to you, nonetheless, playing difficult to get can backfire. In those circumstances, you may be merely asking them to work harder for something they do not (yet) want.”