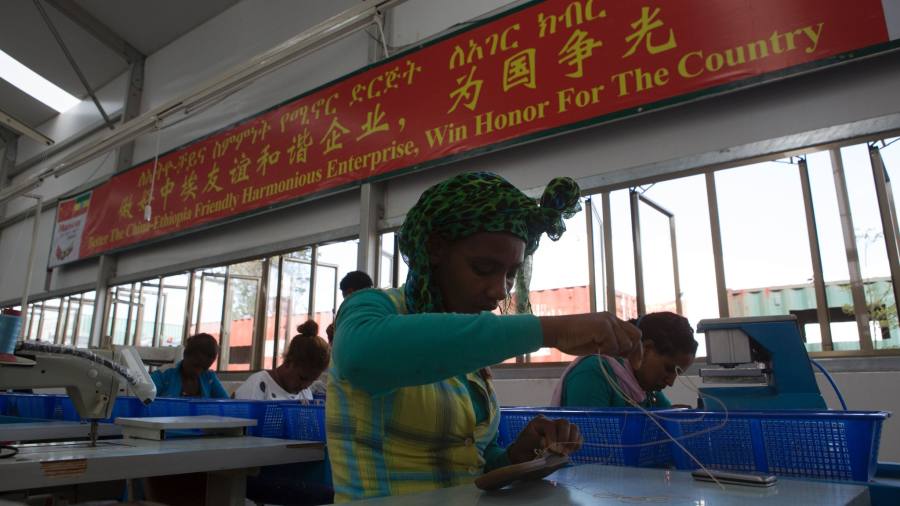 Chinese companies investing in Africa get a bad rap. Beyond their alleged role of ensnaring recipient countries in debt, when it comes to their employment record a common accusation is that they employ mainly Chinese workers, depriving locals of potential jobs. When they do hire locally, critics say, they pay badly and offer little training.

That is certainly the view of many Europeans and Americans, including US officials who have painted a grim picture of Chinese companies’ rapacious practices. It is also a view echoed in Africa itself. Many a labourer in Nairobi or executive in Accra turns up their nose at the mention of Chinese business.

But is it true? Until now there was little way of knowing. Almost all the information was anecdotal. Few academic studies of any size or rigour had been conducted. Now, after four years of intensive fieldwork, that gap has been partially filled by the most comprehensive study of its type yet.

Led by the School of Oriental and African Studies, researchers compared Chinese and non-Chinese manufacturing and construction companies in Angola and Ethiopia, two of the top African destinations for Chinese direct investment. Fieldworkers studied 76 companies, 31 of them Chinese. Crucially, they also interviewed a total of 1,500 Angolan and Ethiopian workers.

To state the conclusion first, the study finds that negative stories about Chinese companies are mostly untrue. Broadly, it shows they employ just as many local workers as non-Chinese companies, pay them more or less the same and train them to similar standards, though usually less formally.

“Nobody is saying the Chinese are wonderful employers or that the bosses don’t shout at the workers,” says Carlos Oya who led the research. But, he adds, there is no evidence to show that Chinese employers, operating in comparable sectors, treat their workforce much differently from non-Chinese counterparts.

In Ethiopia, the study finds that far from packing building sites and factories with Chinese workers, employment rates of Ethiopians [at Chinese companies] are above 90 per cent. Chinese employees work in management, finance or skilled jobs such as carpentry or production-line supervision, where it may — at least initially — be difficult to find trained Ethiopians. For unskilled labour, the study finds Chinese companies hire entirely locally.

In Angola, where skills shortages are greater after a ruinous two decades of post-independence civil war, which ended in 2002, labour localisation rates are lower for all companies, not just Chinese. Still, Chinese businesses increased local labour participation from around 50 per cent a decade ago to about 74 per cent.

Far from depriving Africans of work then, the study concludes that, in Ethiopia and Angola at least, Chinese companies have led job-creation efforts. In 2017, roughly 60 per cent of all African construction business to overseas companies went to Chinese contractors.

On wages, the study finds that, in both Ethiopia and Angola, the skills, experience and class of a worker are more important factors in determining salaries than the employer’s nationality. Put simply, Chinese companies pay the same. In Angola, it is true that Chinese construction wages are up to 20 per cent lower. But Chinese companies provide free accommodation and food, meaning workers can save more of their salary. In Ethiopia, workers reported spending up to half their wages on food.

“This work supports the notion that there’s very little that is exceptional about Chinese firms,” says Irene Yuan Sun, author of The Next Factory of the World, a book about Chinese investment in Africa. “If I had my way, we’d talk about firms by sector, not by nationality.”

There are important lessons here for African governments. If they care about job creation and labour conditions — which they decidedly should — they should write them into tenders.

In Angola, this is rarely done. There is more emphasis on the execution speed of popular infrastructure projects — especially around election time — and, one suspects, on creating opportunities for creaming off a percentage of the contract. Even in Ethiopia, which has a more serious industrial development strategy, authorities have been surprisingly reticent about setting, say, minimum sector-level wages for the garment or construction industries.

Insisting on skills transfer is another obvious policy choice. The host government could easily mandate that foreign companies, whether Chinese or otherwise, gradually ratchet up training of local workers.

One thing that may differentiate state-owned Chinese companies is their responsiveness to a host government’s requests. African states may be missing a trick. If they want more jobs and better labour conditions, they should ask for them.