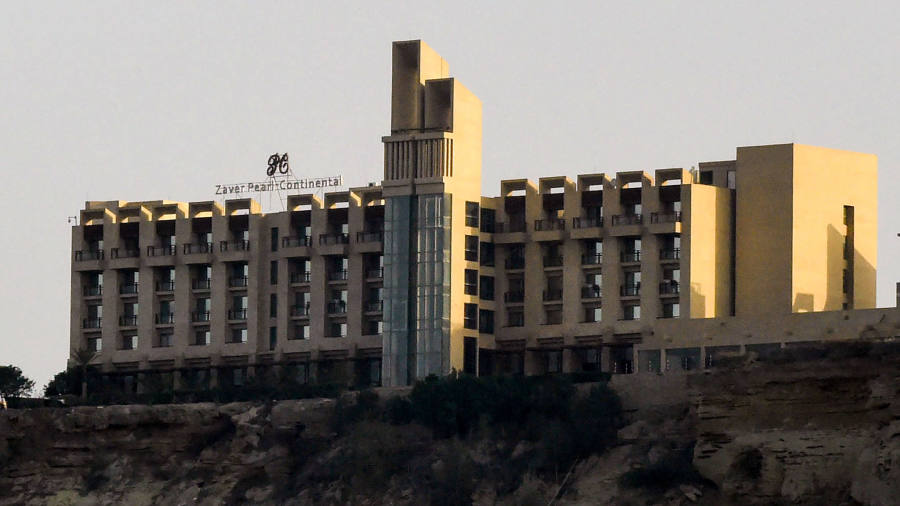 At least eight people were killed in this weekend’s separatist attack targeting Chinese and other foreign investors at a luxury hotel in Pakistan’s south-western city of Gwadar, Pakistani government officials said on Sunday.

The dead included three gunmen who had stormed the Pearl Continental hotel — the only five-star hotel in the city — four hotel workers and a Pakistani soldier.

The attack, which began late on Saturday afternoon, ended early on Sunday when Pakistani forces seized control of the hotel. The attackers were all killed in the gun battle with the Pakistani military.

The hotel is often used by high profile Pakistani and Chinese visitors. But according to senior Pakistani officials, there were no guests there at the time of the attack, mainly because travel across the country slows considerably during the Islamic fasting month of Ramadan, which began in Pakistan on Tuesday.

A separatist group calling itself the Balochistan Liberation Army claimed responsibility for the attack, which it said was aimed at “Chinese and other foreign investors”.

The group considers Chinese investment in the region to be a form of colonisation and also claimed responsibility for an attack on the Chinese consulate in Karachi in November that left two police officers and two civilians dead.

Imran Khan, the prime minister, condemned the latest attack on Sunday and praised the efforts of the security guards and military.

Gwadar overlooks the Arabian Sea and is the centrepiece of the China-Pakistan Economic Corridor, a network of high-speed trains, highways and pipelines that are a critical part of Beijing’s Belt and Road Initiative.

Officials in the provincial capital Quetta said the separatist group was linked to other recent attacks in the region.

In a statement posted on Twitter, the Chinese embassy in Pakistan “strongly condemned” the attack.

“The heroic action of Pakistani Army & law enforcement agencies is highly appreciated. We express condolences to the families of the security guard who sacrificed his life & two security men who were injured,” the embassy said.

“The last time I travelled to Gwadar in January, we had to go through two or three security check posts before we reached the Pearl Continental,” said a businessman based in the southern port city of Karachi.

Pakistan has deployed more than 15,000 troops to protect Chinese nationals working on the China-Pakistan Economic Corridor project and the attack is likely to affect investor confidence.

“Gwadar and of course the Pearl Continental being targeted in this way was meant to remind us all that militant forces can hit locations including those which are supposed to be well-protected,” said Moonis Ahmer, a commentator on Pakistani affairs.

A senior editor at China’s official state media group, Xinhua, said in a blog that the close relationship between Pakistan and China makes Chinese citizens a natural target for terror attacks. “This isn’t the first and it won’t be the last,” he said.

“In Pakistan, some terrorists are targeting China with the goal of trying to pressure the Pakistani government. This daytime attack on the guards of the five star Pearl Continental hotel shows how bold and reckless these terrorist groups have become.”

Without a doubt about Google prevents advertising loans that are payday