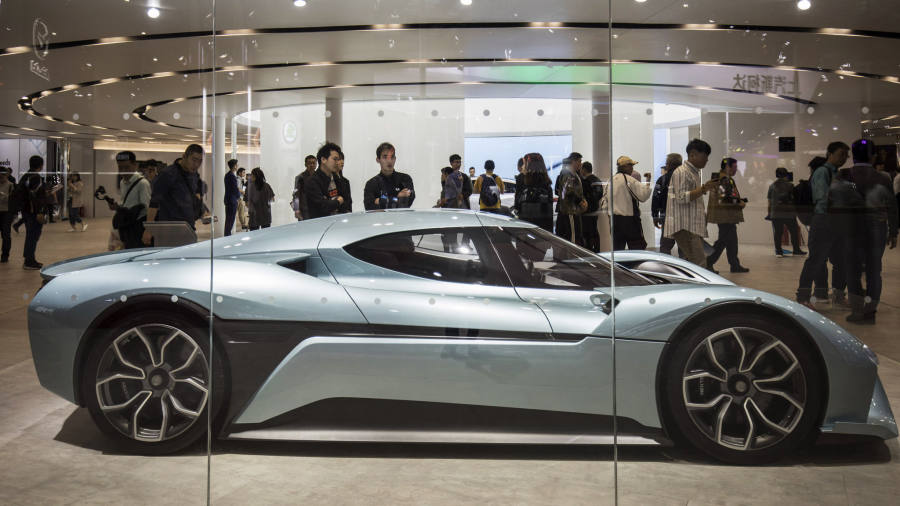 Nio, the Chinese electric vehicle maker that raised $1bn in a New York listing last year, has been dealt a blow by the departure of two senior executives.

The company’s former head of software Li Zhang, and Angelika Sodian, who headed Nio’s operations in Britain, have both left the company, a spokesman confirmed.

The departures come after the recall of 4,800 sport utility vehicles following reports of three vehicles catching fire and amid fears that the company has lost its way since its debut on the New York Stock Exchange in September.

Since then, shares of one of China’s biggest offerings in the US last year have plummeted 75 per cent.

Nio sold just under 4,000 of the vehicles in the first quarter, when it made an operating loss of $390m. It has cut it staff numbers by about 3 per cent, or 300 jobs, over the past few months, a spokesman said.

“In our view, Nio’s costs are too high, and its price points too low, for its products to be sold profitably at realistic levels of demand,” Robin Zhu, an analyst at Bernstein said.

China’s EV sector has come under pressure because of cuts in government subsidies and slowing sales growth.

Ms Li, head of software in China, was “squeezed out of Nio because the software has been so bad,” according to one person familiar with the matter. The company denied this and insisted she left for “personal reasons”.

A Nio car was stranded on a Chinese highway in January after the driver triggered a software update.

Software is one of Nio’s weakest points and a major source of customer complaints, according to a person briefed on the company’s operations.

Software is crucial to the operation of electric vehicles, and the departure of Ms Li is “a big deal”, said Tu Le of consultancy Sino Auto Insights. “When leadership starts leaving it implies that they don’t see the future upside in their options.”

A tougher fundraising environment for China’s EV companies this year means Nio “need to slash and burn (and) cut off a lot of the fluffy stuff” such as merchandise, including shoes designed to build an aspirational brand image, the person added.

Nio, founded by serial entrepreneur William Li in 2014, has cut staff numbers in the US in the past few months, according to people familiar with the matter. It parted ways with its former US chief executive Padmasree Warrior at the end of last year.

A spokesman confirmed the US job cuts without giving details, saying they were part of a “consolidation” of the company’s functions.

Ms Warrior, a former chief technology officer at Motorola, had ruffled feathers by seeking a more autonomous approach, according to industry executives.