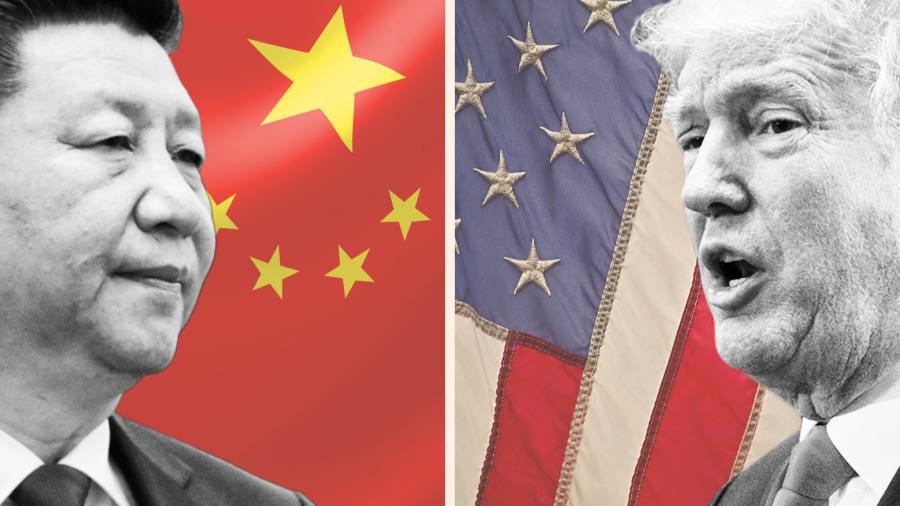 In recent weeks bond and equity markets have been telling stories that were essentially irreconcilable. While stocks exuded relentless optimism, bond yields plummeted in a recession-obsessed nervous swoon. By last week 10-year US Treasuries were offering yields well below that of three-month bills — an inversion of the normal yield curve that has historically been a good guide to the risk of a recession. Then equity investors finally twigged, with a little help from Donald Trump’s decision to extend the trade war from China to Mexico. Risk appetite vanished, the debt and equity stories converged and the S&P 500 index ended down more than 6 per cent on the month.

As is usually the case when developed world equities tumble, emerging market equities fall more. According to the Institute of International Finance, a trade body, the equity outflow from emerging markets in May of $14.6bn was the biggest since the so-called taper tantrum of June 2013, when incautious rhetoric from former Federal Reserve chair Ben Bernanke prompted an outflow of $21.9bn. The result, overall, is that most of the gains in global equities since the turn of the year have evaporated.

With this whiff of capitulation in the air, could it be time to swim against the tide in equities? It would not be difficult to make a contrarian case. Equity outperformance in the first quarter of the year was the product of the Fed’s pivot in a more emollient direction when confronted with weakening global economic data. At the same time US-China trade negotiations appeared to be moving closer to some kind of resolution.

With the escalation of the trade war and further signs that global economic growth is flagging, the odds on the Fed cutting rates more than once this year are improving. As for the trade war, the biggest threat to Donald Trump’s re-election in 2020 is a recession induced by the dispute. It would thus be bizarre if, after a period of brinkmanship, deals were not cobbled together and a Trumpian “win” declared, regardless of the outcome.

If only it were that easy. Brinkmanship is dangerous and can get out of control. There is a risk, too, that Fed rate cuts could weaken the dollar and turn a trade war into a currency war as other countries resort to competitive devaluation to grab a larger share of the global economic cake.

Equally important, economists at the International Monetary Fund reckon that the amount that trade friction subtracts from global gross domestic product comes as much from business and market confidence effects as from the impact of tariffs. Those confidence effects include businesses reconfiguring cross-border supply chains and repatriating subsidiaries’ activities. That adjustment entails a considerable impairment of value that hurts equity owners.

The reality is that Mr Trump has already destroyed much of the institutional underpinning of globalisation. Also destroyed is the confidence that international business used to derive from the predictable operations of a rules-based system. In short, we cannot go back to the status quo ante. A mercantilist cat has been let out of the bag.

The risk is that the world fragments into regional trading blocs, the most obvious ones being the US, the EU and China. In these blocs the level of demand and output might not change much, with lost export sales being offset by increased demand for domestically produced output. John Llewellyn of Llewellyn Consulting, points out that it is not obvious that real incomes would fall and costs would rise hugely in these big regional markets because many producers would continue to enjoy the gains from specialisation and economies of scale — not only in production, but also in marketing and research and development.

But, he adds, other economies — potentially much of the rest of the world — could suffer considerably because they have little opportunity for economies of scale in production. Unless such countries could maintain access to at least one of the main markets, output would be scaled back, costs of production and prices would rise and real incomes would suffer.

Emerging markets were the biggest beneficiaries of globalisation over the past 40 or so years. They will be the biggest victims of the retreat from multilateralism. Meantime, UK Brexiters’ urge to cut their own trade deals in this brutal new world looks, to put it kindly, quixotic.

For equity markets, the question is whether a world of regional blocs is now a given and how far valuations in different countries reflect this. On this first question, the answer is very likely. On the second, definitely not. Of course, central banks have been able to prop up markets through a period of deglobalisation that predates Mr Trump. They may do it again. But the fiscal and monetary tool box is depleted. Be warned.