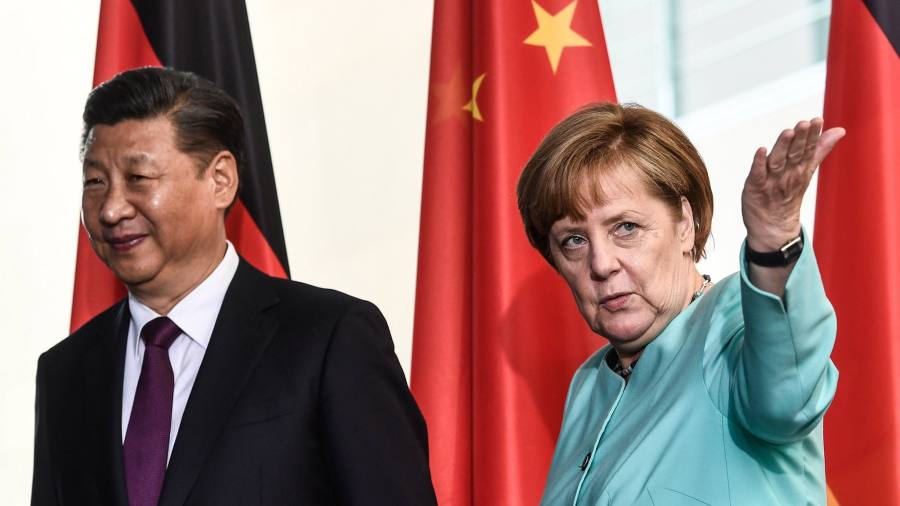 European powers are hesitating over whether they should adopt a more assertive China policy. Often, they are fearful of losing business opportunities in an increasingly important market. But now is the time to recalibrate how Europe engages with China.

Policy adjustments by the EU and some member states such as France and Germany suggest that a more assertive approach to China is taking shape. However, though concerns are being aired more forcefully, the new tone does not yet amount to a significant shift in Sino-European relations.

Looking at recent developments, it would be easy to think that a broad shift in European policy has already taken place. The flurry of initiatives includes EU-wide, stricter investment screening mechanisms and a joint statement from the EU Commission identifying China as a strategic rival. The Federation of German Industries (BDI) has voiced strong concerns about unfair competition from China’s state-led and subsidised economic model.

At the same time, however, co-operation agreements by member states and major corporate investments are still pursued with vigour. It seems European governments and businesses continue to balance their short-term economic interests and longer-term strategic concerns by kicking the can down the road.

Europe should not shy away from taking a more assertive position if it wants the relationship to be a healthy one. It fails to do justice to the complexity of the issue to simply dismiss opposition from industrialised countries as some sort of “western conspiracy” to obstruct China’s rise; or, as many liberal voices do, to dismiss the alarms issued by western security services over China’s potential for dominance in 5G telecoms and AI as mere outgrowths of Trump’s trade war. This is to risk being dazzled by a coincidence of timing into ignoring years of Chinese strategic investment. Doing so ignores China’s open challenge to the very rules-based, liberal economic system that greatly benefited it during the period of rapidly expanding globalisation.

It was easy for the European powers to pursue trade and investment divorced from national security concerns as long as China’s economy lagged far behind theirs. But the rifts and lack of shared values between Europe and President Xi Jinping’s determination to maintain the one-party state in a stronger, more confident China are becoming more pronounced. They are visible in the build-up of a surveillance state, in the lack of rule of law, and in the state-led capitalist model.

It is in Europe’s best interest to formulate a unified China strategy and to follow through with concrete actions to deal with problems that have been left unaddressed for too long.

It is becoming increasingly difficult for China to sell the story of mutually beneficial co-operation with liberal market economies, as the economic and political systems become increasingly incompatible and strategic rivalries emerge.

Look to Japan and Taiwan for inspiration

The current mass protests in Hong Kong against China’s encroachments on the legal system and in Taiwan against Chinese efforts to influence the media underline a strong resistance to the “warm” embrace of the People’s Republic of China. They should reinforce the message that a stronger European position is needed to defend its core values.

It is worth looking to Asia for inspiration. Firms from Japan and Taiwan were often the first into the Chinese market. As regional neighbours, their economic dependence on China, naturally, is substantially larger than that of Europe.

This has not stopped them from introducing strict regulations and guidelines on how to engage with China. These include restrictions on co-operation in high-tech research and efforts to limit dependence on the Chinese market, which subjects companies to political pressure.

Security issues and the lack of shared values between Europe and China should set clear limits on co-operation in the economic and technological spheres, without risking developments that could trigger a breakdown in the relationship. Europe should take policy adaptations in East Asia as a source of inspiration, or risk looking naive in the face of China’s swift emergence as a more assertive, high-tech power.

Max J Zenglein is head of economic research at the Mercator Institute for China Studies (Merics), a Berlin-based think-tank.