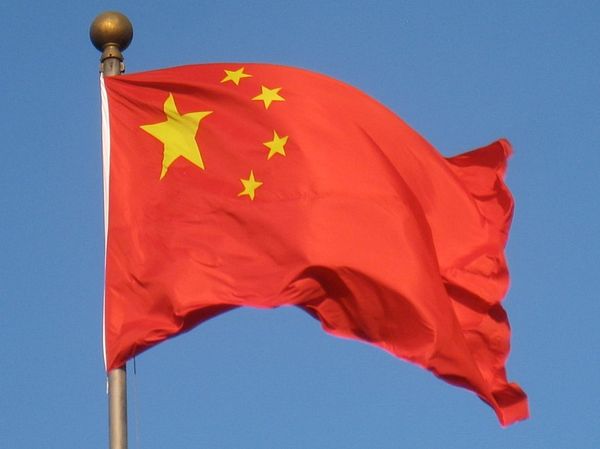 On, November 3, President Xi Jinping remarked that “China’s people’s democracy is a type of whole-process democracy.” While that definition is as obscure as any other Chinese political concept, it demonstrates a new effort to formulate the concept of Chinese democracy and form a new narrative on that basis.

The term “democracy” has always been a difficult concept for China to tackle. Despite the lack of a democratic process, which has left the Communist Party’s system vulnerable to critics within and outside of China, Beijing continuously endeavors to bestow democracy with “Chinese characteristics” rather than censor the term completely. The idea of “socialist democracy” as a combination of electoral democracy and consultative democracy was introduced in the State Council’s 2007 “White Paper on China’s Political Party System.” While electoral democracy was largely left out of political discussions, the idea of consultative democracy was emphasized; it was then reformulated to the concept of “whole-process democracy” a few days after the conclusion of the 19th Central Committee’s fourth plenary session. The new focus on democracy reflects an effort to change the narrative and can be viewed as an initiative to demonstrate that China’s political system is meritocratic, unchallengeable, and superior to Western democracy. This poses the question what, exactly, is meant by “whole-process democracy” and why was it introduced now?

One major trait that sets Xi apart from his predecessors Hu Jintao and Jiang Zemin is the extensive focus on the formulation and cohesion of ideology. Xi likely perceives that, given an inevitable economic slowdown, the legitimacy of the Chinese government ultimately lies in establishing a political system with legitimate ideological foundations but distinct from “Western liberal democracy.” Since China’s leadership – under the “four confidences” philosophy – calls for absolute confidence in the political system, a legitimate definition of democracy is significant for convincing the government and the public that the current political design leads to the well-being of the people.

According to Xi’s definition, “whole-process democracy” means that “all major legislative decisions are made after going through procedures and democratic deliberations to make sure the decision-making is sound and democratic.” By this explanation, it is apparent the leadership is defining its governance using the traditional philosophy of “benevolent rule” (仁政), which refers to the ruling government having the virtue of benevolence and governing based on love and care for the people. While the idea is not new and leaves evident logical loopholes, the emphasis marks an initiative to form a new narrative on democracy to counter the idea of liberal democracy, especially under the growing ideological competition that China currently faces.

The Hong Kong protests, Taiwan’s shift toward the pan-green camp, and the Xinjiang issue have dealt major blows to China’s image internationally, including among global Chinese societies. For Hong Kong and Taiwan, the propagating of Chinese political values and Beijing’s eagerness to apply its system outside the mainland has stoked the fear of losing a liberal-democratic way of life. While Beijing did not hesitate to criticize democracy as the reason for riots and violence in Hong Kong, the sweeping support for Hong Kong protests and the U.S. Congress’ backing of Taiwan have demonstrated the idea that liberal democracy provides a strong foundation for challenging China’s interests, be it territorial integrity or the legitimacy of the Chinese Communist Party.

The victory of pro-democracy candidates in the Hong Kong District Council elections and the popularity of Tsai Ing-wen in Taiwan have demonstrated the unpopularity of Beijing’s governance model. It is especially frustrating for Beijing that – as shown by Hong Kong’s welcoming of the U.S. Hong Kong Human Rights and Democracy Act – “foreign interference” is welcomed in its territory. It disgruntles Beijing even more that Tsai’s popularity has surged by campaigning on the idea of “safeguarding democracy from China,” and the United States will likely provide more assistance to Taiwan’s autonomy given that the situation in Hong Kong leaves Taiwan as the last surviving “democratic China.” These developments have likely convinced Beijing that economic influence is insufficient – instead, stability in Hong Kong and the eventual unification of Taiwan are both increasingly dependent on a legitimate political system based on an alternative concept of democracy.

As exhibited in the intense criticisms China has drawn over the Xinjiang “vocational training centers” and the Hong Kong protests, disapproval of China’s party-state model renders the CCP vulnerable to criticisms of its governance. China is currently embroiled in an escalating ideological confrontation and international society has easily formed an alignment criticizing the CCP’s legitimacy. Amid these trends, the growing ideological difference from the West and its deteriorating international image grow more disquieting for China. Not only does it inhibit political and trade relations with the West and make the East Asian region wary of its growing influence, but it also risks alienating overseas Chinese societies.

The growing perception that China is a threat to democracy would cause far-ranging and long-term damage to China’s interests, which the leadership is likely aware of. Xi’s initiative to formulate a new narrative on democracy is thus an effort to provide ideological legitimacy for China’s political system, not only within the mainland, but to Hong Kong, Taiwan, and all other international audiences. What the leadership seeks is for the world to stop assessing China based on its progress toward a liberal democracy, but instead to acknowledge that China also has a legitimate system that aims to improve the well-being of people.

Travel to Shanghai with Heen

Travel to Shanghai with Heen