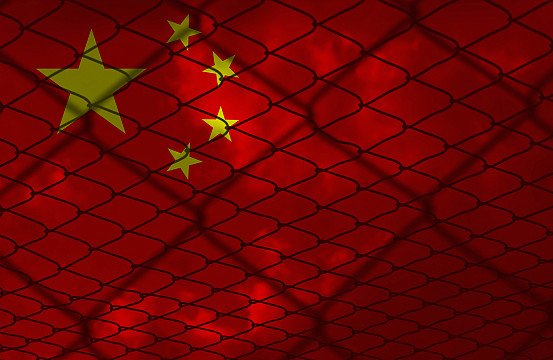 “Those foreign enterprises, organizations and individuals that do not comply with market rules, violate the spirit of contract, block or cut supplies to Chinese firms for non-commercial purposes, and seriously damage the legitimate rights and interests of Chinese enterprises, will be added to the ‘Unreliable Entity List,’” ministry spokesperson Gao Feng said at a special press briefing making the announcement.

In explaining the logic for this decision, Gao claimed that “as unilateralism and trade protectionism are on the rise, the multilateral trading system is facing severe challenges.”

“Some foreign entities have violated normal market rules and the spirit of their contracts for non-commercial purposes, blockading and cutting off supplies and taking other discriminatory actions against Chinese companies,” Gao continued.

The reason that China decided to establish the list is to “oppose unilateralism and trade protectionism and safeguard China’s national security and the interests of Chinese enterprises,” Gao said.

“Detailed measures will be announced soon,” Gao added, without giving a specific time.

Hours after the decision was released, all of China’s national media outlets published the information along with inflammatory commentaries.

On its primetime news program, Chinese state broadcaster CCTV released a strong-worded commentary titled “China’s retaliation: [we] do as promised.”

“China does not desire to fight, but we are not afraid to fight and will fight to the end if necessary,” CCTV emphasized. This specific phrase has already been repeated by China’s national media again and again for days.

Apparently, all these strong words and the new “Unreliable Entity List” are retaliation for actions taken by the U.S. government under the Trump administration. U.S. companies, organizations, and individuals now are to pay the price.

As I elaborated in “Does Huawei Deserve U.S. Sanctions?” published in The Diplomat’s latest magazine, in mid-May, the U.S. Commerce Department announced that it is adding Chinese telecoms giant Huawei Technologies Co. Ltd. and its affiliates to its “Entity List,” based on the conclusion that “Huawei is engaged in activities that are contrary to U.S. national security or foreign policy interest.” This move will ban U.S. companies from selling or transferring U.S. technology to Huawei without U.S. government approval.

Soon after the announcement, U.S. enterprises (such as Google, Intel, Qualcomm, etc.) and industrial organizations (including the SD Association and Wi-Fi Alliance) and even a major science publisher, IEEE, took actions to ban Huawei in one way or another.

However, it’s particularly worth emphasizing that after the U.S. ban, Huawei CEO Ren Zhengfei in various interviews repeatedly urged the public not to blame U.S. companies that follow U.S. laws.

Unfortunately, it seems that the Chinese government has made up its mind to do the opposite.