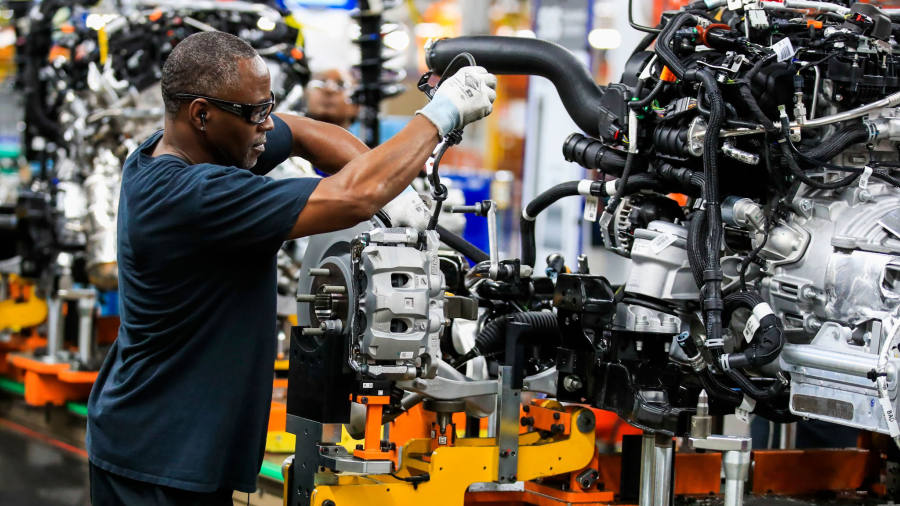 Global manufacturing is faltering. Tensions between the US and China over trade, as well as regional disputes and the troubles of car and phonemakers, are dragging down activity in factories across the world. Consumer spending on services has taken up the slack and supported growth, but policymakers should be wary over whether consumers can remain immune from the industrial slowdown for ever.

A flurry of data releases on Monday revealed that factories struggled during the second quarter of 2019. China’s Caixin purchasing managers’ index showed manufacturing contracted during June; the Tankan survey of large Japanese manufacturers fell to its lowest level since 2016. Other surveys of manufacturing executives in Britain and Spain pointed to the sharpest slowdown in activity for six years, while a similar US poll pointed to the weakest performance for two-and-a-half years.

The trade war between the US and China, the world’s two largest economies, hangs over the whole sector. Goods, rather than services, account for the bulk of global trade. But there are other problems as well. European factories are not only having to contend with Brexit but also a sharp slowdown in Turkey. A slowing China is hampering the rest of Asia, while Japan has hit South Korea’s semiconductor industry with sanctions as part of a row over compensation for forced labour during the second world war.

Two goods that more than any other have come to symbolise globalisation, the automobile and the smartphone, are under pressure. Europe’s car industry has struggled since the diesel scandal — its trade body is forecasting a decline in sales this year. Smartphone demand has likewise taken a hit, as consumers lose their appetite for further upgrades, with knock-on effects on Asia’s semiconductor factories.

The Bank for International Settlements has argued the strong dollar points to another factor behind the trade slowdown: tightening US credit conditions. This makes trade costlier for companies engaged in so-called global value chains. These multinational supply chains mean a greater dependence on dollar credit, according to a BIS paper in May. Pre-crisis growth in global trade may only have been possible thanks to cheap money and overextended banks.

Other economists point to the relative weakness of investment spending since the 2008 financial crisis. More investment tends to mean greater manufacturing output, while services growth is more closely related to consumer spending. Political turmoil and policy uncertainty are leading businesses to hold off on committing themselves to new capital spending.

In the latest edition of the Organisation for Economic Co-operation and Development’s global outlook, economists at the Paris-based club for advanced economies warned that services and manufacturing sectors had diverged across the world. Historically the two moved in tandem, but now, while manufacturing is shrinking, services are continuing to expand. Healthy employment figures mean consumers are confidently spending on coffee shops, haircuts and gyms.

If that represents a rebalancing of growth models that have been overly dependent on exports, so much the better. A weak manufacturing sector, however, could now drag down services. Not only does industry support jobs directly but the services sector also sells to manufacturing: factories need accountants, lorry drivers and cleaners as well as engineers. The world economy has, so far, been relatively resilient in the face of trade disputes. Politicians should not test its limits.

Alberta moves to get rid of ‘predatory’ payday advances

Effect on credit history. Simply how much do payday advances adversely impact your credit rating?