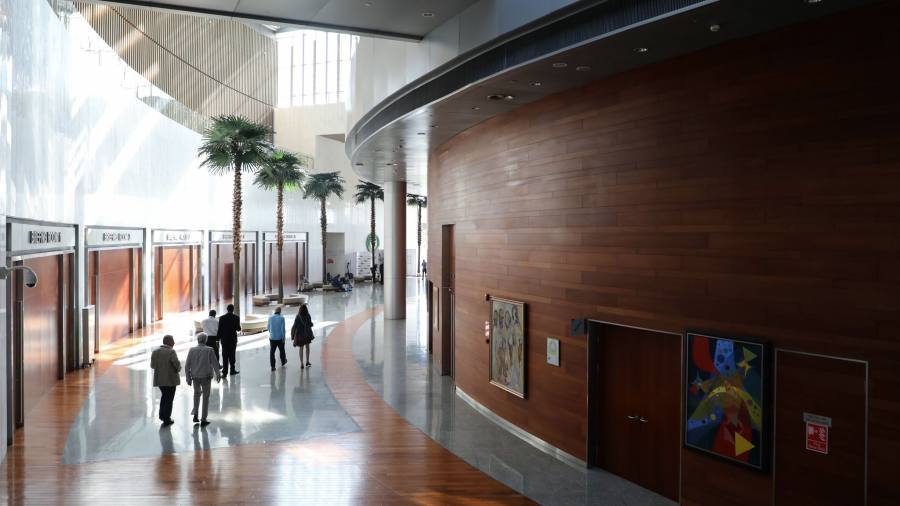 “The biggest of big brothers is increasingly helpless against communications technology.” So said former US president Ronald Reagan 30 years ago in London.

Having recently left office, Reagan was triumphant. He saw democracy on the rise in Hungary, Poland and even China. The Soviet Union was crumbling. The west had won.

If only. Democracy is now retreating in Hungary, Poland and around the world. China, the biggest of big brothers, is the world’s biggest provider of communications technology. Alarmingly, as more countries embrace Chinese censorship and surveillance systems, these trends are mutually reinforcing. The Iron Curtain, some warn, is being replaced by China’s digital silk road.

Competing with China’s telecom giants, however, will require western officials to focus more on economics than security. In its campaign to limit Huawei’s technology in 5G networks, the US has built its case around espionage risks. But even some of the world’s richest democracies are hesitant to pay for more expensive alternatives. Clearly, these arguments will not persuade the rest of the world.

Maslow’s hierarchy of digital needs is different from the more familiar hierarchy of human motivation. Information security is often a second or third-order concern, especially in societies that have grown accustomed to government intrusions. In rural areas, access to cellular networks also brings access to more pressing needs such as emergency health services. Most users are less concerned about espionage, domestic or foreign, than simply getting by, which includes avoiding a giant bill.

Elites are also willing to trade away information security, as the African Union’s experience shows. Last year, it was reported that Huawei servers at the AU headquarters were sending confidential information back to China, every night, between 2012 and 2017. But China is the AU’s leading patron. It financed and built the headquarters. Rather than finding a new provider, the AU has doubled-down, signing a new co-operation agreement with Huawei in May.

By far the biggest challenge is that China’s equipment is cheap, and it works. Most countries do not care that China heavily subsidises its state champions; they welcome the discount. Chinese companies have also been willing to go where others will not, from war-torn Afghanistan to rural America.

China’s offer may become less attractive over time. Citizens could demand more from their service providers, and their governments. But faced with the choice between having vulnerable systems or expensive systems, most developing counties will choose the former. The longer they are willing to make that trade-off, the more prohibitive the cost of replacing Chinese technology becomes.

If the US and its allies want to prevent China from dominating next-generation technologies, they must incentivise western companies to take greater risks in next-generation markets. Wait too long, and policymakers will find that China’s national champions have already won. More than half of global population growth until 2050 is expected in Africa, where Huawei has reportedly built 70 per cent of the 4G networks.

The US should also think carefully about how it handles its own tech giants, which are major investors in global infrastructure. Google, for example, spent $47bn on data centres and submarine cables worldwide between 2016 and 2018 — almost as much as the US spends on all foreign aid annually. Before taking an axe to big tech, policymakers should consider not only the impact on domestic consumers, but also global competition with China.

Reagan’s unrealised optimism should encourage a more realistic look at communications technology, which has always been a double-edged sword. He was hardly alone in believing that connectivity would spread democracy. “In the new century, liberty will spread by cell phone and cable modem . . . Imagine how much it could change China,” former US president Bill Clinton said in 2000. Looking back, it was naive to see only technology’s rewards. Looking forward, it would be foolish to see only its risks.

Yet the pendulum may be swinging too far. The growing suspicion among US officials is that all Chinese infrastructure is dangerous. In some cases, Chinese investment and technology must be contested and prevented. But in others, it should be welcomed as promoting growth and development. Distinguishing between the two will be essential, not only for helping the US and its allies deploy resources strategically, but also for the developing countries caught in the middle.

Confirm the Terms of the Loan and obtain Your Funds