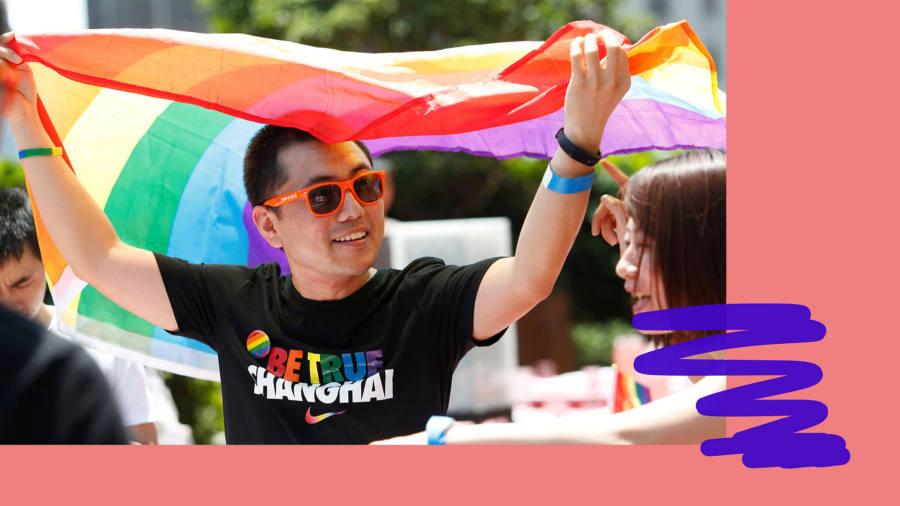 In Beijing, not far from the stadiums that hosted the 2008 Olympics, there is a Chinese Ethnic Culture Park. It showcases model homes displaying the customs of China’s 56 government-recognised ethnic groups. I visited it once with a Chinese friend in her mid-twenties, an anthropology PhD student who talked me through her research.

She was writing about the colonial construction of beauty, and how accounts of aboriginal arts as “primitive” or “ugly” tell us more about the prejudices of foreign observers than anything inherent to the art itself. Her fluent analyses of oppression and the white gaze made me think she would feel at home in a seminar at the School of Oriental and African Studies in London, deconstructing received wisdom among critical-minded peers.

Then we turned a corner to the exhibition showing houses built in the Uighur style. I remarked on the injustice, given that members of China’s Muslim minority are being forced into mass detention camps in Xinjiang. “Yes,” she responded, “but Islam is really inherently violent.”

Among China’s next generation, a complex of values is emerging that many in the west would deem incompatible: sexually liberal, illiberal on race and religion, and politically nationalist or even authoritarian. In the imagination of under-25s, romantic storylines from American soap operas sit alongside social-media rants on the dangers of Islam, as well as state propaganda defending the political status quo. It seems fitting, then, that many in this age bracket say they are more confused than their elders as to the meaning of “left” and “right”.

There is much polling to suggest that on same-sex marriage and LGBTQ rights, China’s under-25s embrace diversity vastly more than their elders. In a 2017 poll by Tencent News, 32 per cent of under-18s agreed with the statement that “Gender doesn’t matter so long as two people like each other”, compared to 10 per cent of those aged between 27 and 37.

Work by Renmin University’s National Survey Research Center, which runs China’s most comprehensive publicly available social attitudes surveys, also suggests a liberalisation of views on sexuality. “What two people consent to doing sexually is their free choice, regardless of marital status” scored 51 per cent in favour among under-25s, compared to 43 per cent among those aged between 25 and 35. Attitudes to gender equality and women as leaders have similarly opened up.

Yet the same polling suggests political attitudes towards China and its government are not changing in the same western-liberal direction. The next generation are much prouder than their elders to be Chinese. A question probing support for individual human rights over a government’s right to rule is emblematic: 35 per cent of under-25s were against individual rights, compared to 27 per cent of those aged between 25 and 35. A recent study of elite students at China’s Zhejiang University found one-third of respondents had relatively strong nationalist sentiment.

Opinion polling in China on politics needs to be taken with a pinch of salt, since citizens are drilled into not revealing anti-government sentiments in public. Still, it is surprising to see such a pro-Party shift in generational attitudes.

How did this happen? It’s relatively easy for Chinese teenagers to access any number of pop songs or TV shows from the US that display liberal social attitudes. But it’s much rarer to find media that challenge racist ideas and more difficult still to come across discussions of alternative political systems.

There has been an increasing flow of Chinese students abroad, but they remain an elite minority within the country. Some may even become more nationalistic when abroad, as they are exposed for the first time to other racial and nationality-based cliques.

At the same time, the president of the US, the country traditionally seen by Chinese as the beacon of liberal democracy, is alienating Chinese people within US borders and at home. The Communist party uses external threats to justify its rule as China’s protector, and the US has turned itself into a convenient foil. When Donald Trump reportedly suggests that most Chinese students in the US are spies, and his supporters let that slide, one can see “us versus them” thinking on both sides of the Pacific. In the wake of the arrest of Huawei’s chief financial officer in Vancouver, many otherwise liberal-minded millennial friends remarked to me that it just went to show there was no rule of law in the west.

A generational opening-up of views about sexuality and the family means that Chinese youth who happen to be queer are more likely to find acceptance among their peers. So far, this abandonment of traditional sexual norms has not come with a big shift in views on race or politics. Like all ideologies, it has its internal tensions. But China’s next generation might, for now, be comfortable with them.

Follow @FTLifeArts on Twitter to find out about our latest stories first. Listen and subscribe to Culture Call, a transatlantic conversation from the FT, at ft.com/culture-call or on Apple Podcasts