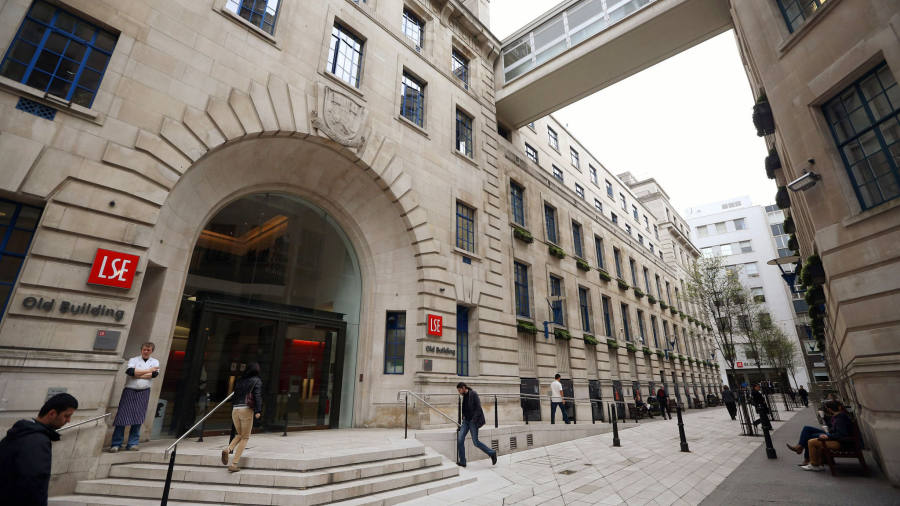 Foreign donors have long been a double-edged sword for universities: a source of vital cash injections and a magnet for criticism of reputational whitewashing. Even more worrying is the risk that donations are part of a wider attempt to shape attitudes abroad. A proposed course at the London School of Economics, funded by a pro-Beijing figure, is emblematic of the challenges institutions face in balancing academic integrity and budgets.

The LSE course on Chinese economics, politics and society would have been funded by Eric Li, a vocal supporter of Chinese president Xi Jinping and his policies. Academics said they feared the donation could compromise the university’s values because Mr Li’s proposed role in the programme seemed to be unclear. They also raised concerns that the advisory group would exclude voices critical of the Chinese government. The LSE said plans were suspended in October.

The most obvious feature of China’s push into education abroad is the more than 500 Confucius Institutes which offer language and cultural classes in over 140 countries. While located on university campuses, they are run by Hanban, an arm of the Chinese education ministry, raising concerns over the way subjects are taught. Hanban also runs more than 1,000 Confucius Classrooms for children. Ready-made courses with external funding have an appeal for universities, particularly those struggling to raise funds. Critics claim they are an extension of Beijing abroad, pushing Chinese social values.

Campaigns to shape how students see the world are particularly troubling at a time when disinformation drives and poor media literacy are endemic. Universities and schools should be promoting critical thinking, and freedom of speech, not parroting the ideology of the super-rich. Students are not paying to learn propaganda. This applies far beyond China: donors from any country should not be able to interfere with teaching.

Mitigating these risks requires institutions to be more proactive when dealing with state entities. In August, the New South Wales Department of Education in Australia scrapped Confucius Institutes at public schools, providing funding for local classes instead. Universities in the US, Canada and France have done the same. For Confucius Institutes to continue their work on campuses, they should be willing to pledge to promote intellectual freedom, or be prepared to close shop.

Dealing with private individuals requires a nuanced approach rather than a blanket ban on money from certain countries. Administrations should demonstrate that patronage does not offer any say over how students are taught. Administrators should also consider the potential reputational harm from accepting money, when it can discourage world-class academics or prospective applicants.

China’s attempt to assert itself culturally is part of the broader contest with the west. Beijing has shown on multiple occasions that its market size gives it an extraterritorial gravity. The decision by the general manager of the Houston Rockets basketball team to retract support for Hong Kong protesters was evidence of that. So was US game publisher Activision Blizzard’s move to ban a professional gamer from esports for similar behaviour (though it partially reversed course).

Yet in commercial cases such as these, China’s influence and the business rationale are obvious. By contrast, it can be far trickier to discover if there are vested interests behind the funding of university courses. Largesse should not be the deciding factor in who gets to write the history books.