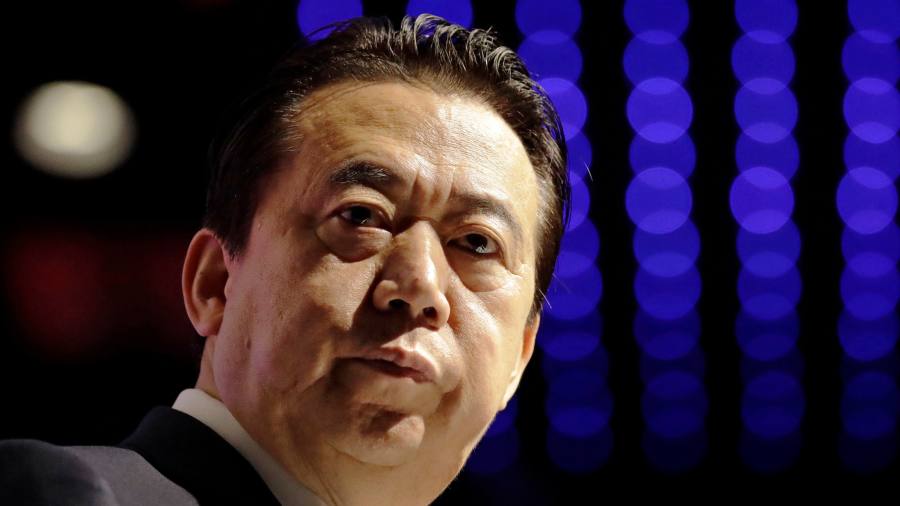 Former president of Interpol Meng Hongwei has confessed in a Chinese court to taking millions of yuan in bribes and other kickbacks, after China’s anti-graft body accused him of using state funds to support a “lavish” lifestyle.

Meng went missing while in October last year on a trip to China while still head of Interpol, the organisation that facilitates international police force coordination and arrest requests.

Chinese authorities later confirmed that he had been targeted in Chinese President Xi Jinping’s sweeping corruption campaign and was suspected of “severe disciplinary violations”, a euphemism for corruption.

Meng, who became the first Chinese national to head Interpol in 2016, had previously been living in Lyon, France, with his wife. China did not inform the organisation or the French government of the corruption investigation prior to Meng’s disappearance.

The case has raised questions about Interpol’s vulnerability to autocratic states that might wish to use the organisation to target political rivals.

The former Chinese policeman from 2005 to 2017 had used his positions as a vice minister of public security and head of China’s coast guard to rack up Rmb14.46 million ($2.11m) in cash and other bribes given to secure his help with promotions and business ventures, prosecutors said, according to a statement released by the Tianjin courthouse.

Meng, whose hair appeared to have grown visibly greyer during his detention, accepted the charges and expressed regret over his actions. A verdict will be released at a later date.

The trial comes after a probe into Meng’s conduct by China’s powerful anti-graft body, the National Supervisory Commission, which found that he had “resisted implementing central party decisions” and had “wantonly squandered state funds to satisfy his family’s lavish lifestyle”.

Mr Xi has pledged an unceasing war on graft within the ranks of the Chinese Communist Party. Since he took office, hundreds of thousands of officials have been investigated, from top party leaders to lowly civil servants.

The campaign, in part an effort to raise public trust in cadres, has targeted officials across various factions within the leadership, but has stopped short of probing leaders close to Mr Xi.