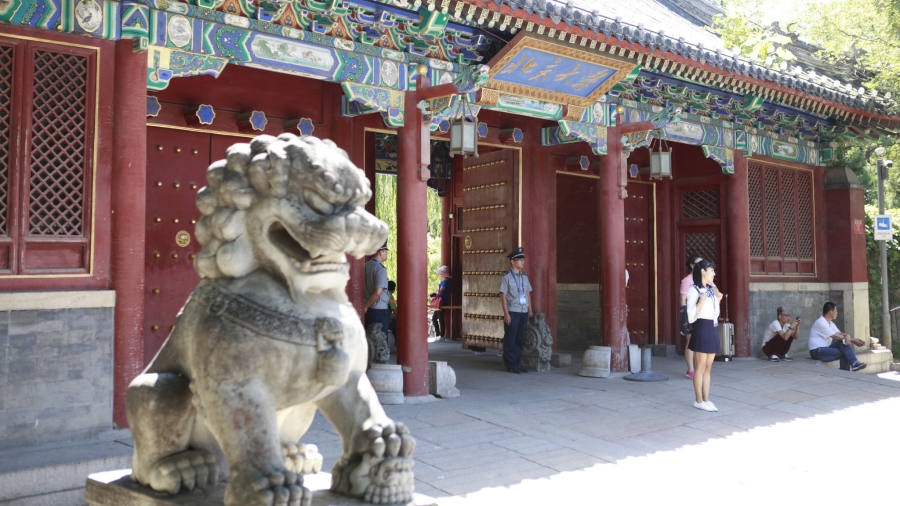 A legal battle between a Beijing-based conglomerate and one of China’s most prestigious universities is threatening Credit Suisse’s plans to take majority control of a securities brokerage connected to the dispute.

Peking University has launched a lawsuit against shareholders in Founder Group, alleging that its sale of 65 per cent of the company to three investors 15 years ago was invalid due to fraud and the use of state money to make the purchase.

The suit seeks to bring the shares held by the trio — Li You, Wei Xin and Yu Li — back under Peking University’s control.

The case has highlighted how legal troubles still haunt the privatisation of state assets carried out more than a decade ago, often under the banner of economic reform. It has also led to concerns over the status of foreign investors that have since bought into those now-private assets.

The dispute, which was received by Beijing No 1 Intermediate People’s Court, has raised questions over whether the fight for control over Founder will impede Credit Suisse’s plans to become a majority shareholder in a domestic securities house it owns with Founder Securities.

Since the Chinese authorities lifted the cap on foreign ownership of securities trading and fund management companies from 49 per cent to 51 per cent last year, many of the world’s biggest banks have been pushing to take full control of their operations in China. The move is particularly important for Credit Suisse, which has made expansion in Asia a key strategy under its chief executive Tidjane Thiam.

Credit Suisse would not answer questions regarding the impact of the lawsuit on its business in China or how it would affect the deal for CS Founder Securities.

A Founder Group spokesperson would also not comment on the deal with Credit Suisse. On questions regarding the allegations that Founder shares were improperly transferred 15 years ago, the spokesperson said: “Any illegal or criminal act shall be corrected as soon as possible in accordance with the law.”

Mr Li, Mr Wei and Ms Yu could not be reached for comment. The allegations are contested. Earlier this year Ms Yu told Economic Observer that she disagreed with Peking University’s depiction of how the original deal took place.

The case was first reported by respected Chinese newspaper Economic Observer and was confirmed by Founder.

The potential to roll back a state privatisation that happened a decade and a half ago has led finance experts in the country to question how many other such cases could arise.

“One of the reasons this case has attracted so much attention was the prolonged duration since the incident,” said Shen Meng, director at Chanson & Co, a boutique investment bank in Beijing. “It has been a very long time since Founder’s mixed ownership and restructuring.”

Founder was started by Peking University in 1986 as a university-controlled computer technologies developer. A 65 per cent stake in the company was sold to the three Founder executives in 2004, a move considered a big privatisation of a state asset.

Since then it has grown into a conglomerate with businesses ranging from internet technology and real estate to healthcare and finance. In 2016, Mr Li was convicted of insider trading, according to Chinese media reports. But the executives still hold large shares in the company, corporate records show.

The lawsuit alleges that the sale of shares in Founder in 2004 to the three businesspeople was paid for with Founder money, indicating a pilfering of state assets, according to Economic Observer. It also alleges that fraudulent financial documents were used in the transaction.