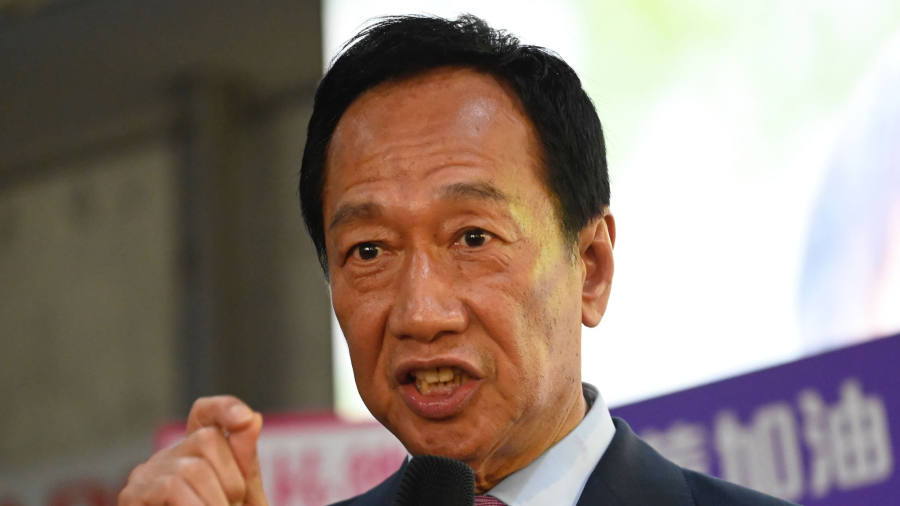 The new chairman of Apple supplier Hon Hai, also known as Foxconn, arrives at a tough time. US-China trade tension is still rising and iPhone sales in China are falling. Liu Young-way, former head of the company’s chips business, is therefore a revealing pick. His appointment signals a pick-up in Foxconn’s efforts to diversify sales away from Apple.

Under founder Terry Gou, Foxconn has tried to reduce its reliance on Apple for years without much success. It has dabbled in the auto electronics and game consoles areas but their sales have not approached those from iPhones. Half of the company’s $153bn revenue still comes from Apple.

This is a problem when iPhone sales in China have fallen almost a third in the first quarter and Apple is thinking of making its suppliers move final assembly away from China. While Foxconn claims a quarter of production is outside China the majority of its workers are still in the country.

Net profit plunged 18 per cent in the first quarter as demand for smartphones fell. Foxconn needs to find a new source of growth beyond its main business of electronics assembly. Assembly is both labour-intensive, employing more than 1m, and a business with razor-thin margins.

Plans for a $9bn chip project in China is a step in the right direction. Semiconductors for TVs and smartphone cameras would be the initial target markets with advanced chips for smart cars to follow. Majority stakes in Japan-based Sharp and Taiwan-based chip equipment maker Marketech should come in useful.

Foxconn’s quest for independence fits well with China’s plans for self-sufficiency. But the changes required to become a serious contender in a highly capital-intensive business will not be easy. Foxconn’s chip-related affiliates currently generate less than 1 per cent of revenue. The good news is that a new chairman should bring a fresh perspective after 45 years under Mr Gou.