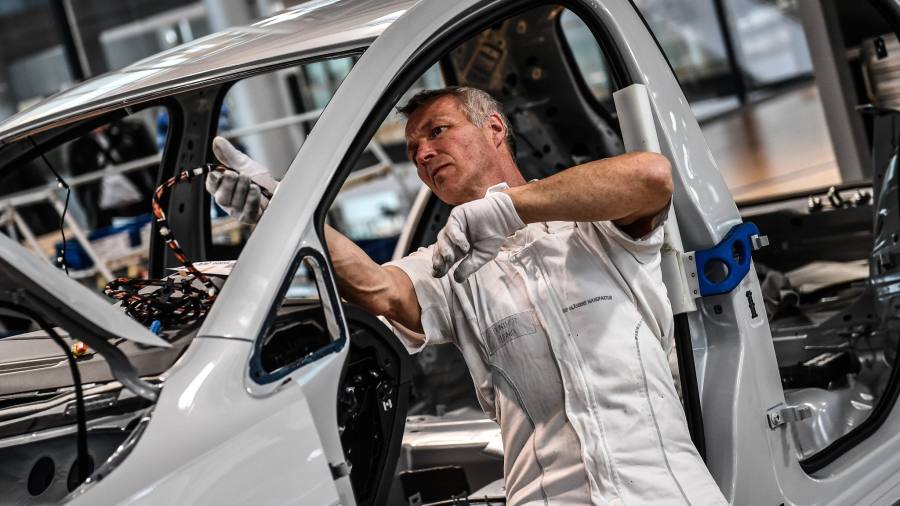 German exports rose 4.6 per cent in September, as a rebound in trade to other eurozone countries, the UK and US offset a decline in China and provided a rare boost to Europe’s biggest economy.

After adjusting for seasonal and calendar effects, the increase in German exports was 1.5 per cent from the same month a year ago, according to the Federal Statistics Office. But the growth was still higher than expected.

“The unexpected rebound in exports means that Germany might have avoided a technical recession at the very last minute,” said Carsten Brzeski, economist for Germany at ING. “Today’s trade data leave analysts somewhat scratching their heads. Despite the ongoing trade woes, German exports had a better than expected quarter.”

Exports to other EU countries increased 5.6 per cent, with particularly strong growth in the Netherlands and Belgium. Exports to the US increased 6.9 per cent, while shipments to China fell 3.3 per cent. In the nine months to September, exports were up 0.9 per cent.

German imports rose 2.3 per cent in September and the country’s current account surplus increased from €16.4bn in August to €21.1bn in September.

Third-quarter figures for German gross domestic product are due on November 14 and some economists expect another shrinkage after a 0.1 per cent contraction in the second quarter. This would mean the country is in recession — defined as two consecutive quarters of negative growth.

The export-focused economy has been hit by the US-China trade war, uncertainty over Brexit and a sharp decline in the car industry, which has been disrupted by new emissions rules and the shift to electric vehicles.