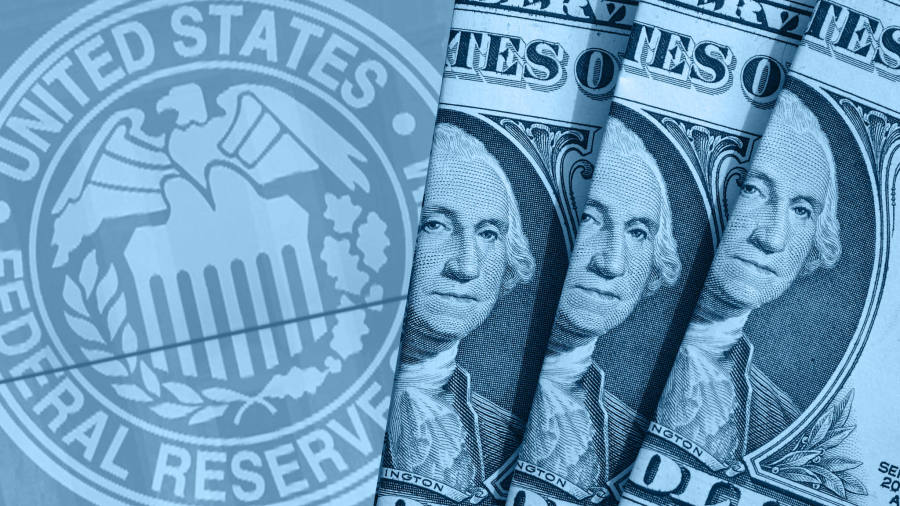 US stocks joined European and Asian peers in the red as fresh concerns over trade tensions between the US and China and a weak regional manufacturing report hit sentiment.

A day after the Federal Reserve cut interest rates and signalled it was done easing monetary policy for the time being, the S&P 500 on Thursday morning was down 0.7 per cent from Wednesday’s record high close.

The Nasdaq Composite was down 1 per cent. On the eastern shores of the Atlantic, the Stoxx Europe 600 reversed earlier gains to trade 0.4 per cent lower, while Germany’s Dax fell 0.4 per cent and the UK’s FTSE 100 was off 1.1 per cent.

The change in sentiment came amid new questions over a long-term trade deal between the world’s two key economies. Bloomberg reported Chinese officials have warned they will not move on their key priorities in the trade dispute, and added they are concerned over President Donald Trump’s decision making.

Further weighing on sentiment was a report showing a gauge of manufacturing activity in the midwest fell to its lowest level since 2015.

The euro, meanwhile, was down 0.1 per cent in the wake of data showing the eurozone growth rate held steady in the third quarter, against expectations it would decline.

On a busy day for earnings in the region, Fiat Chrysler shares rose 8.8 per cent after it agreed to pursue an auto megamerger with Peugeot’s owner, while online fashion retailer Zolando fell around 7 per cent after reporting results.

On Wednesday, the Federal Reserve cut its benchmark interest rate by 25 basis points, in its third such cut this year. While chair Jay Powell indicated that the uncertain economic outlook justified the latest round of easing, he added that the possibility of a preliminary US-China trade deal and the fading prospect of a no-deal Brexit could increase business confidence, raising the possibility of a pause in rate cuts.

Expectations of better trade were part of the Fed’s moves last night, Mr Donovan said — “although the upside from a trade deal is likely to be limited.”

Mr Donovan also noted the cancellation of the APEC Summit in Chile due to civil unrest. President Trump and his Chinese counterpart Xi Jinping were expected to finalise phase one of a possible trade deal at the event, but Mr Trump tweeted this morning the two countries were working on finding a new venue for the signing process to take place.

“They can still do a trade deal elsewhere, but markets now have less certainty over timing,” he said.

There were few major moves in Asia-Pacific bourses. Japan’s benchmark Topix rose 0.1 per cent, while China’s CSI 300 of Shanghai- and Shenzhen-listed stocks fell 0.1 per cent.

Official Chinese data showed the factory sector contracted by more than expected in October, while Hong Kong government figures have confirmed the city is in a recession for the first time in a decade.