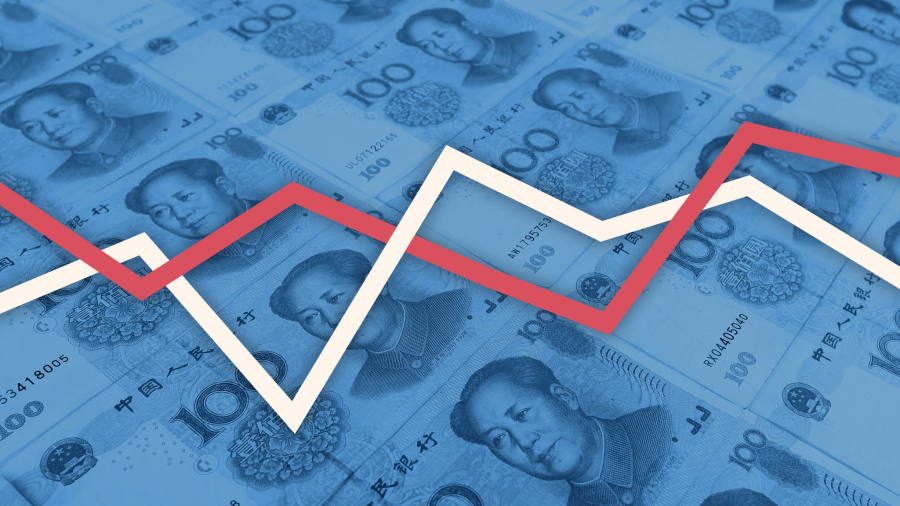 European stocks opened little changed, while Chinese equities slipped, after another apparent escalation in trade tensions and fresh indications of weakness in the world’s second-biggest economy.

In Asia, the CSI 300 index of Shanghai- and Shenzhen-listed shares edged 0.9 per cent lower, while

Hong Kong’s Hang Seng rebounded with a 0.5 per cent gain. The moves followed official data that showed that China’s manufacturing output had shrunk for a fifth month in September but nonetheless beat analysts’ expectations.

In Germany, unemployment figures due out on Monday are expected to indicate a rise of 5,000 in the number of jobless, according to a Reuters poll, from 4,000 earlier, to maintain the rate of 5 per cent.

On Friday, it was reported that the White House was weighing up plans that would prevent Chinese companies from listing shares in the US, in a move that would see the trade war move to Wall Street. An official reportedly denied the plans.

“Trading in Asia will probably remain defensive as trade issues remain in the spotlight with reports of financial market controls between the US and China being the latest instalment in the trade war saga,” said economists at ING.

China’s markets are closed for the rest of the week from Tuesday as the country commemorates the 70th anniversary of Communist Party rule, while Hong Kong braces itself for more political tumult.

Elsewhere, shares in Anheuser-Busch InBev’s Asia division rose by about 3.3 per cent in their trading debut in Hong Kong after raising about $5bn in the second-biggest initial public offering of the year so far.

In Japan, the benchmark Topix fell 1 per cent even as data showed that retail sales growth in the world’s number three economy rose to its highest level in nearly a year in August, ahead of a scheduled rise in consumption tax on Tuesday.

Shares in SoftBank, the Japanese telecoms-to-technology group, fell 1.4 per cent, having hit in the session their lowest point in almost eight months.

S&P 500 futures were pointing to gains of 0.4 per cent when Wall Street begins trading later on Monday.

Mario Draghi, the outgoing European Central Bank president, justified to the Financial Times over the course of two interviews a final package of monetary stimulus that has shown itself to be controversial with the bank’s hawks.

“I [have] talked about fiscal policy as a necessary complement to monetary policy since 2014,” said Mr Draghi as his eight-year tenure comes to a close.

“Now the need is more urgent than before. Monetary policy will continue to do its job but the negative side effects as you move forward are more and more visible,” he said in a Big Read article published on Monday.

In the UK the ruling Conservative party will be in full conference swing in Manchester as Boris Johnson’s premiership comes under renewed pressure, with the latest being allegations of an incident from a female journalist, which he denies.

3 superstars embracing online dating sites. Internet dating is actually a differnt one of the standard norms in life.

Now this might draw some doubt and everybody mingling that is confusion. Getting