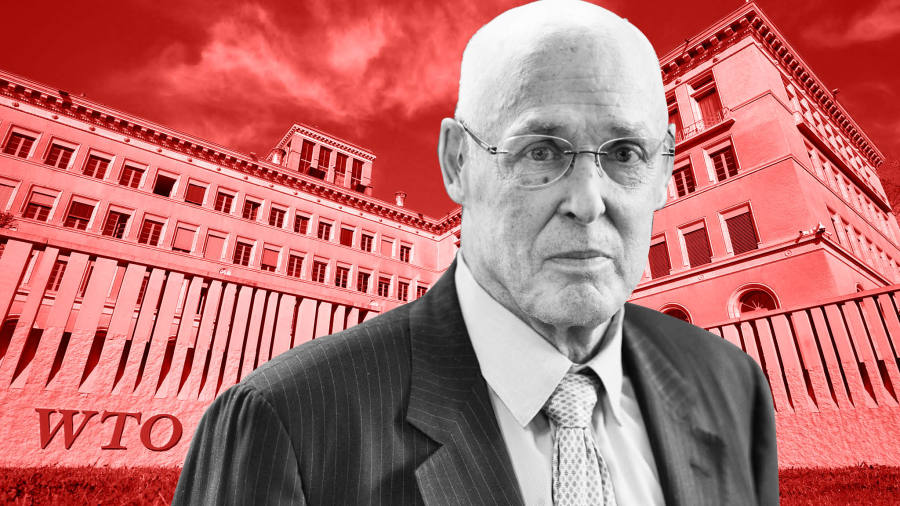 The writer, a former US Treasury secretary, chairs the Paulson Institute

Covid-19 has resulted in more than a deadly pandemic. It has tipped the world economy into its most severe crisis since the Depression.

As the virus’s spread slows and governments rebuild, they face another force sweeping in its path: isolationism. The impending battle will pit forces of openness rooted in market principles against those of closure across four dimensions: trade, capital flows, innovation and global institutions.

Allowing an economic iron curtain to descend would imperil the recovery and jeopardise economic and social stability. Individual nations must resist efforts to slash cross-border linkages and global institutions will need to step up and transform.

The world has prospered because of integration. But even before the pandemic, the balance was tilting towards closed economies. Now recession, surging unemployment and China’s failure to handle the coronavirus outbreak transparently are emboldening these voices. We should recalibrate while retaining the best features of globalisation. The right policies lie not on an end but on the continuum between openness and closure.

Intense battles are sure to be fought over trade. Multinational companies will ensure that they no longer rely on a single country to source each necessary component. Each country will also need to source some critically important medical products domestically. Taken to an extreme, this could lead to de-integration of a major industry at a time when the US has already levied tariffs on steel and industrial goods on tenuous “national security” grounds. Governments should protect their critical supply chains, while also advancing robust trade and investment across all sectors.

The banking industry globally has insufficient capital to absorb the impending large credit losses and to provide the lending needed to help spur recovery. We must assure that capital can flow to businesses that need it most. Such overseas flows will be in the protectionists’ crosshairs, but nations should still pursue job-creating foreign investment that promotes recovery by building bridges instead of walls.

Technology decoupling also risks furthering the shift to economic closure. Innovation thrives on disruptive, cross-border collaborations. But the rise of techno-nationalists is the natural outgrowth of a generation of technologies, including artificial intelligence, that are intrinsically multi-use. These innovations will be central to economic success so governments must invest, provide incentives for entrepreneurs and develop standards that protect both national and economic security.

Beijing’s emphasis on indigenisation and Washington’s on relocating supply chains and sequestering technology suggest that the future unfortunately will belong to the techno-nationalists. But if we go too far by slashing ties and forbidding technical exchanges and joint research, it will impede innovation and potentially world-changing basic research, including on a Covid-19 vaccine and in reducing carbon emissions, which are a ticking time bomb.

Global institutions have a duty and an opportunity to take on these challenges. But they have not shown themselves up to the task. Their past failures are the result of member nations failing to do the hard work to make them effective.

The US can lead by reinvesting in the very international institutions it has largely sought to emasculate. The World Trade Organization has not kept up with today’s modern trading world. And the Bretton Woods institutions are underfinanced and over-governed.

When the G20 meets in Saudi Arabia this November, leaders should commit to market principles and complementary action to support economic growth. But that is not nearly enough. A sustainable economic future demands an effective set of global rules for trade, investment, intellectual property and technology standards. Multilateral institutions must also play a larger role helping vulnerable nations avoid human suffering and political instability.

The leading economies in the G20 must also confront risk across a broader range of threats. The fact they were not ready for a very predictable pandemic should be a wake-up call. They must prepare for other obvious risks such as terrorism, cyber warfare, climate change and nuclear proliferation. Now is the time to start developing a framework for global co-ordination. The world will be a very dangerous place if we do not fix the global institutions and establish the treaties and protocols needed to prevent and mitigate future tragedies.

The forces that advocate for closure will resist strengthening multilateral organisations. But that only increases the risks to our citizens. While the near-term prospects of reform seem dim, I am more optimistic that this crisis will ultimately spur co-operation among major nations to begin the hard work of building a more peaceful, sustainable future.

The world has faced more daunting challenges than coronavirus. But the recovery — and the future — can only be secured if major economies pull together. Strategic competitors and adversaries struggle to find common ground even when it is in their self interest. But there will be no lasting recovery if the largest economies, especially the US and China, cannot find a workable strategic framework. The global economic order is not perfect. But it truly is too big, and too essential, to fail.