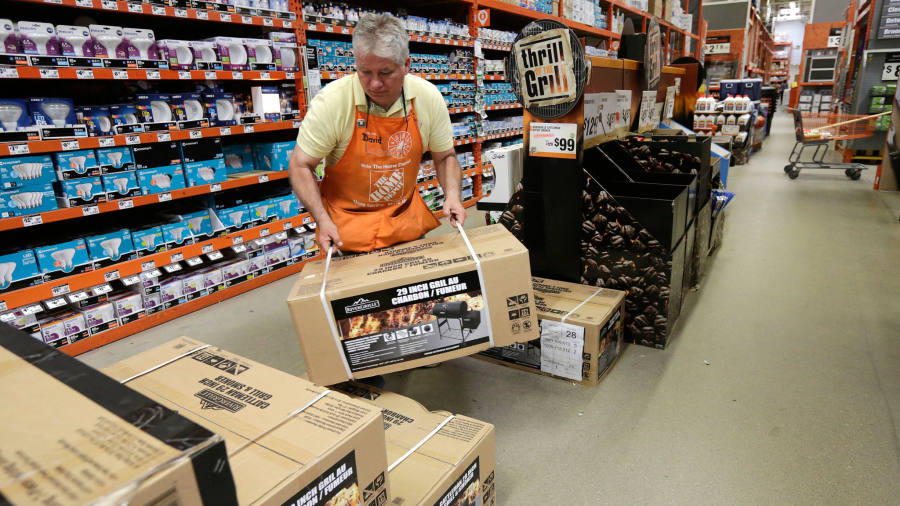 US home improvement retailer Home Depot cautioned that the US-China trade war meant its sales growth this year would be slower than previously expected, joining a growing list of American companies whose performance is being dented by tariffs.

Home Depot said that its 2019 sales would likely increase by 2.3 per cent from 2018, reflecting “potential impacts to the US consumer arising from recently announced tariffs.” It previously forecast growth of 3.3 per cent. Same-store sales, a crucial metric for retailers, are now expected to grow 4 per cent, down one percentage point from the group’s forecast in May.

The world’s biggest home improvement retailer, which has almost 3,000 stores in 50 states selling everything from kitchens to candles, said its full-year earnings per share would not fall below expectations, however. Chairman, chief executive and president Craig Menear added that the “stable housing market” would continue to support the business.

Home Depot, which is also suffering from deflation in lumber prices that forces it to lower the cost of its flooring, fences and decks, has warned on the impact of tariffs just days after tractor maker Deere & Co raised similar concerns.

An escalating conflict between Donald Trump and his Chinese counterpart Xi Jinping has prompted the US to impose tariffs — taxes that raise the cost of exporting to the US — on Made in China products from flatscreen TVs to footwear. The cost of these import taxes to the average US household will be around $1,000 a year, investment bank JPMorgan has estimated.

Meanwhile, hundreds of US companies and trade associations said in a joint communique in June that the proposed duties would cause the loss of 2m jobs and reduce US economic output by 1 per cent.

Ahead of these results, analysts at UBS had also predicted Home Depot would cut guidance because US consumer sentiment has weakened.

Financial markets have displayed widespread fears that the US economy will enter a recession. Last week’s inversion of the yield curve reflects concerns the economy may contract next year or in 2021.

But so far during this financial results season, corporate America has shown few signs of being held back by recession fears. A majority of companies in the S&P 500 index of leading shares have beaten analysts’ earnings forecasts so far.

In the second quarter of the year, Home Depot’s sales at stores open for more than a year rose by 3.1 per cent. Its net income rose by 0.8 per cent to $3.48bn,