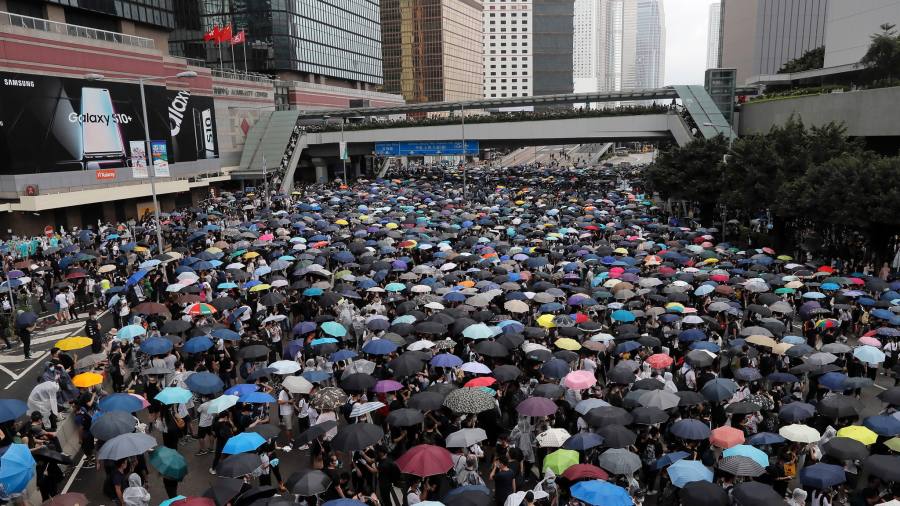 Hong Kong equities dropped Wednesday as demonstrators blocked access to the territory’s legislature in protest against a controversial extradition bill that has drawn criticism from business groups.

The benchmark Hang Seng index fell as much as 1.5 per cent in morning trading on Wednesday, the steepest drop of any major stock index in the region.

While the biggest falls were experienced by two technology companies, Sunny Optical and AAC, real estate companies suffered the next biggest declines. Shares in New World Development and Wharf Real Estate were down 3.6 per cent, while Sun Hung Kai Properties slid 2.9 per cent.

Business leaders have expressed concern that the proposed law could be abused by Beijing to seize fugitives from the semi-autonomous territory for political or commercial reasons, leaving them subject to China’s opaque legal system.

Hundreds of thousands of people took to the streets on Sunday in the largest protests in 30 years in Hong Kong. Protesters occupied key roads near the government’s offices on Wednesday as lawmakers were set to debate the controversial bill. The debate was later postponed.

Carrie Lam, Hong Kong’s chief executive, has vowed to press ahead with the bill despite growing opposition from residents and foreign governments. The US state department expressed its “grave concern” over the bill on Monday, saying the territory’s special status was at risk.