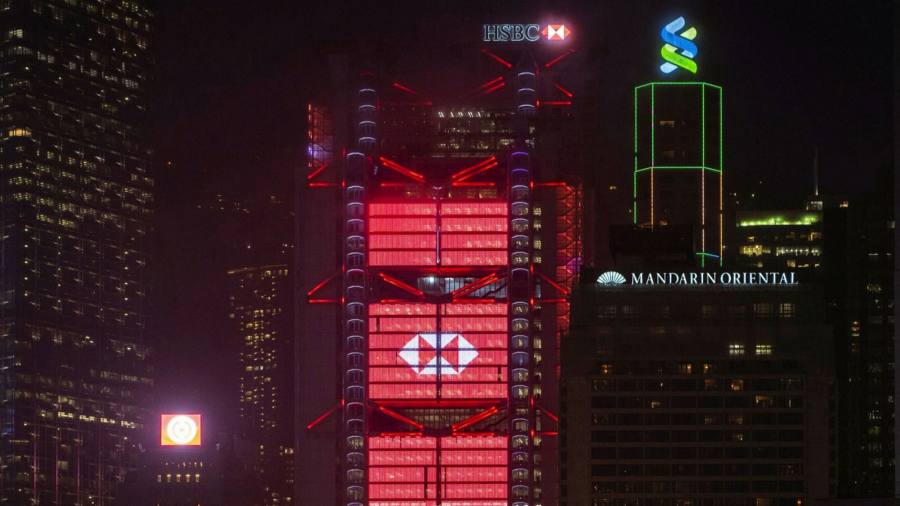 Ever since it started life as a single branch on the Hong Kong waterfront in 1865, HSBC has successfully straddled the divide between east and west.

Founded by a Scotsman, the bank made its money from the giant flows of trade and capital between Asia and the west. It is headquartered in the UK but its shares are listed on both the London and Hong Kong stock exchanges. In recent years, however, the bank has made more and more of its money in the east.

So the news that HSBC is to relocate some of its senior leaders from London to Hong Kong should not come as a surprise. Banks follow the money — and, in the case of HSBC, it is returning to its eastern roots.

Yet the bank’s “pivot to Asia” marks more than just an acceptance of economic realities. It is just as much a recognition of the new political reality facing every western company that is dependent on doing business with China. The decoupling that began with the downward spiral in US-China relations threatens to spread beyond technology. It will inevitably affect all industries, from car manufacturing to luxury goods. Businesses will have to choose between western markets and access to China, and between liberal and authoritarian value systems.

The choice is set to become ever more pertinent despite the departure of former president Donald Trump; his successor, Joe Biden, has already signalled he will not take a softer stance towards Beijing than his predecessor, and will hold China accountable for human rights abuses.

HSBC, because of its history as a bank built on trade, is very much on the frontline of this decoupling. Chairman Mark Tucker and chief executive Noel Quinn have been juggling the increasingly conflicting demands of HSBC’s Asian business — where the bank makes 90 per cent of its pre-tax profits, and its ambitions to expand across the fast-growing markets of mainland China and Singapore — with those of its London headquarters and regulator.

Retail shareholders in Hong Kong, who own about a third of the bank, threatened to sue for lost earnings after HSBC last year cancelled its dividend for the first time in 74 years at the height of the pandemic under pressure from the Bank of England. At the same time, HSBC has come under fire from British MPs and US politicians over its top Asia executive endorsing a controversial national security law that Beijing imposed on Hong Kong and for closing the accounts of pro-democracy activists.

HSBC’s calculus is that to survive long-term, it needs to keep China’s authorities on side. The hope must be that the economic realities will prove less stark than the politics suggest.

Investing further in Asia, however, will require capital — the pandemic has already forced HSBC’s executives to accelerate their strategy. The bank’s shares have underperformed those of its peers; since taking over as chairman in October 2017, Tucker has presided over a 43 per cent drop in the share price. HSBC is in talks to close down its US retail banking presence.

A more radical option would be to spin off its ringfenced UK operation and offer shares in the business to existing investors. Some western institutions may also find it more palatable owning a stake in a business that is controlled and regulated from the UK.

HSBC’s Asia pivot is a lesson in corporate realpolitik. The new cold war between the west and China is here to stay and other western companies, as well as their investors — in particular those that have espoused a commitment to environmental, social and governance credentials — will themselves increasingly face a very similar choice.