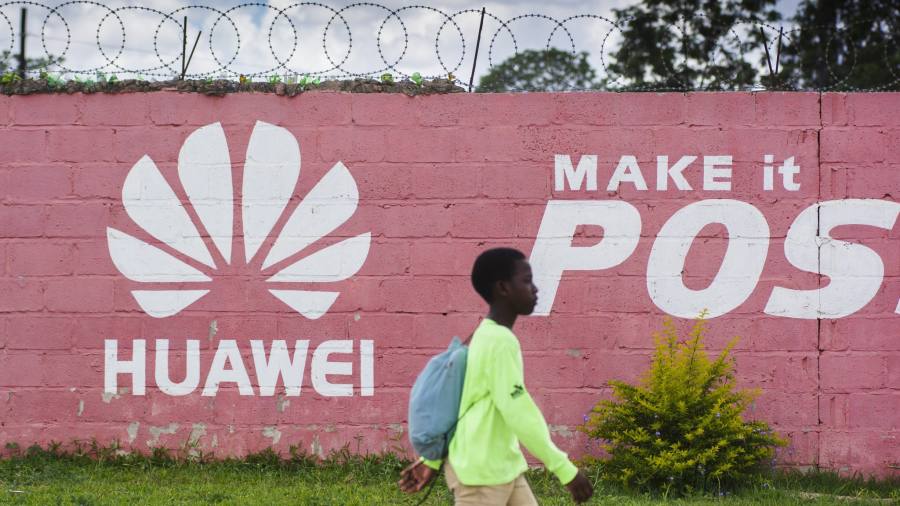 Huawei announced a new co-operation agreement with the African Union on Friday, consolidating an important strategic partnership as the Chinese telecoms equipment maker fights a US effort to disrupt its operations over accusations of spying.

The memorandum of understanding extends an existing partnership agreement with the AU for another three years and underscores Huawei’s position as Africa’s top supplier of information and communications technology despite allegations that it hacked the regional body’s headquarters from 2012 to 2017.

Philippe Wang, Huawei’s vice-president for north Africa, said the agreement should put an end to “the rumours of data leakage from the AU by Huawei equipment” and showed the AU’s continued “trust” in the company.

Last year, AU officials told the Financial Times that computer systems installed by Huawei in its headquarters had been transferring confidential information daily to servers in China between 2012 and 2017.

The data theft was first reported by French newspaper Le Monde Afrique, which said AU technicians identified the leak after noticing unusually high levels of data transfer activity each day between midnight and 2am.

Although AU spokespeople initially declined to comment on the allegations, the organisation, Huawei and the Chinese government have since publicly denied that the data were stolen. “These are totally false allegations,” the head of the AU commission, Moussa Faki Mahamat, said in February 2018. “What I can assure you of is that the relations between China and Africa . . . are unwavering.”

Analysts said the blanket denials, on top of the of the fact that the alleged theft remained secret for a year after it was discovered, reflected China’s dominant relationship with African states and the importance of Huawei to the continent’s telecoms infrastructure.

Although comprehensive figures are limited, Huawei and fellow Chinese telecom group ZTE are said to have built more than 50 3G networks in more than 36 African countries. By undercutting competitors, Huawei, in particular, has become the telecoms partner of choice for most African governments, say experts.

On Friday Mr Wang, described Huawei as “the strategic partner for the digitalization of Africa”. He said the company “is committed to providing the African Union with a unique experience . . . especially in terms of technology transfer and connectivity”.

The agreement provides for Huawei to support the AU to develop ICT infrastructure across the continent and deliver cyber security, health and education programmes.

“We are pleased to consolidate our existing partnership with Huawei” said Thomas Kwesi Quartey, the deputy head of the AU Commission. “It is essential that we work closely with our partners to meet the digital transformation challenges of Africa.”