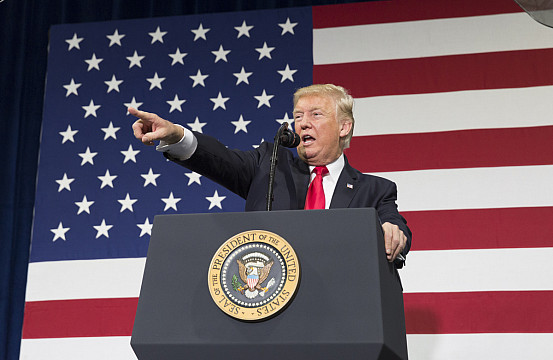 On May 15, the United States upped the ante yet again in its economic disputes with China.

First, the White House issued an “Executive Order on Securing the Information and Communications Technology and Services Supply Chain,” which boils down to granting the executive branch massive power to veto the use of “information and communications technology or services designed, developed, manufactured, or supplied, by persons owned by, controlled by, or subject to the jurisdiction or direction of a foreign adversary.” The ultimate determination as to what constitutes a “foreign adversary” and which transactions pose an “unacceptable risk” will come from the secretary of commerce, in consultation with other Cabinet members.

While that order did not mention China – or any other country – by name, it was widely read as a response to concerns that Chinese ICT firms like Huawei and ZTE could be used by the Chinese government for espionage or even sabotage operations. That suspicion only deepened when the U.S. Department of Commerce, later the same day, added Huawei and its affiliates to the Bureau of Industry and Security’s Entity List.

Inclusion on the Entity List means that any U.S. company seeking to sell or transfer technology to Huawei and its subsidiaries will require a license, which “may be denied if the sale or transfer would harm U.S. national security or foreign policy interests.” The Commerce Department’s announcement noted, “This action stems from information available to the Department that provides a reasonable basis to conclude that Huawei is engaged in activities that are contrary to U.S. national security or foreign policy interest.”

China responded angrily, as it has to other U.S. accusations and threats against Huawei — a private company, but much revered as a national champion. Foreign Ministry spokesperson Lu Kang accused the United States of “abus[ing] export control measures while making ‘national security’ a catch-all phrase.” He called on Washington “to stop its wrong practices” while warning that “[t]he Chinese side will take necessary measures to safeguard the legitimate rights and interests of our companies.” Similar comments were repeated in a separate Ministry of Commerce press conference later the same day.

The ICT executive order and Huawei’s addition to the Entity List are nominally unrelated to the ongoing “trade war,” involving tit-for-tat tariffs imposed by China and the United States – but the new development must be read in that context. The twin announcements came 10 days after U.S. President Donald Trump revealed his plan to raise tariffs on $200 billion in Chinese goods, and just three days after the U.S. Trade Representative’s Office listed $300 billion more of Chinese goods for tariff hikes. China responded by raising its own tariffs on $60 billion in Chinese goods, and many analysts suspect Beijing will be instituting less official but potentially more damaging retaliatory measures targeting U.S. companies doing business in China. Jin Canrong, associate dean of the School of International Studies at Renmin University of China and a noted U.S. analyst in China, suggested just such an attack on “American companies’ market in China” in an op-ed for the Global Times.

The steps taken against Huawei this week raise obvious parallels to last year’s “death sentence” on another Chinese ICT firm, ZTE. In both cases, the decision to cut the Chinese company off from U.S. suppliers was taken during a period of intense trade friction. In the ZTE case, however, Trump eventually overturned the ZTE ban after a personal request from Chinese President Xi Jinping. Accordingly, there’s some speculation that the Huawei gambit is meant mostly as a negotiating card – that Trump is hoping he can do Xi another “favor” (as he described the ZTE reversal) in exchange for concessions in the trade negotiations. The format of these moves — an executive order and Commerce Department decision — means they can be overturned as easily as they were instituted. Plus, as my colleague Ankit Panda noted, the Trump administration could keep Huawei on the Entity List even while rendering the designation toothless by simply granting whatever licenses are requested.

If Trump is waiting for Xi to come begging for a reprieve, though, he’s misread the changed circumstances. Last summer, when Washington laid down the hammer on ZTE, the trade war was relatively new and China was actively seeking a path back to negotiations. A year later, increasingly nationalistic rhetoric toward the trade war in Chinese media is a clear signal that Beijing’s patience is running out. China seems fed up with the United States’ “flip-flopping” during trade talks, and is in no mood to offer more compromises in response to U.S. “bullying behavior.”

For instance, Gao Feng, a spokesperson for the Ministry of Commerce, told reporters, “The two sides had open and constructive communication during the 11th round of the China-U.S. high-level economic and trade consultations. However, it is regrettable that the U.S. side unilaterally escalated trade disputes, which resulted in severe negotiating setbacks.”

Lu Kang made a similar complaint at the Foreign Ministry’s regular press briefing:

As you may have noted in previous trade talks, the U.S. repeatedly rejected rules in consultations and brought difficulties to the talks, while China, on the other hand, has been acting in a constructive spirit all along. The international community bears witness to all this.

I have to emphasize that it takes sincerity to make a consultation meaningful.

From China’s perspective, the action against Huawei (and, implicitly, all Chinese ICT companies through the Executive Order) are just one more reason to doubt U.S. “sincerity.”

Trade talks have currently stalled out, with both Lu and Gao pointedly noting that there are no plans for U.S. negotiators to come to Beijing for the next round of negotiations. The big question is whether Trump’s ICT announcement and Huawei decision will jumpstart a new round of discussions – or kill talks entirely.

The Continuing Mystery of the Belt and Road