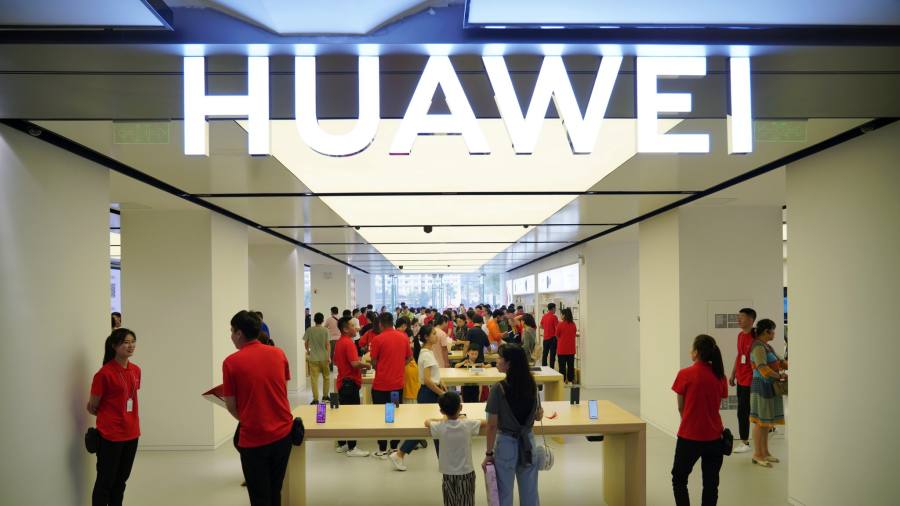 Huawei expects its consumer business revenue to fall by at least $10bn this year due to a US ban that blocks the Chinese technology powerhouse from purchasing critical US components including semiconductors.

On Monday, the US granted another 90-day reprieve to allow US technology companies like Google to continue selling products deemed not to pose a threat to national security to Huawei.

But on Friday, Huawei called the latest reprieve “meaningless” and said the company and its employees were “fully prepared” to live and work for the foreseeable future under restrictions that prevent US companies from selling to Huawei without a licence.

“We believe it is very unlikely Huawei will be alleviated of this situation anytime soon,” said Eric Xu, Huawei’s deputy chairman, at an event where the company introduced its new artificial intelligence chipset Ascend 910.

The announcement is the latest attempt by the Chinese telecommunications giant to limit its reliance on US technology and demonstrate its technological prowess. Earlier this month, Huawei unveiled its own phone, computer and smart device operating system that it said could provide the company with an alternative to Google’s Android system.

The chipset, which is designed to crunch huge amounts of data used to build AI algorithms, will be embedded into a wide range of the company’s products including cloud services and 5G base stations. The company said it did not plan to offer Ascend 910 directly to the market.

“Without a doubt, it has more computing power than any other AI processor in the world,” said Mr Xu. The chip will compete with Nvidia’s GPU (graphics processing unit) and Google’s TPU (tensor processing unit).

The company said the US commerce department ban meant it could not use Synopsys, the world’s biggest supplier of chip design tools, or Cadence, another US-based design tool provider, and would have to look for alternative chip design software for Ascend 910 instead.

“Ten years ago, there were almost no chip design tools available but the industry still designed chipsets,” Mr Xu said. “Intel came up with a CPU [central processing unit] chip in the 1970s when those companies didn’t exist.”

“Huawei’s new AI chip could be cutting-edge and exciting but the more critical components that it actually needs for maintaining business operations are more boring things like modem and radio frequency chips,” said Dan Wang, a Beijing-based analyst at research firm Gavekal Dragonomics.

Huawei executives told the Financial Times in May that the company had built up stockpiles of key US components while preparing to find alternatives before the US commerce department ban came into effect.

Cash advance in don’t be concerned for those who have a credit that is bad, and it’s really no hassle nowadays