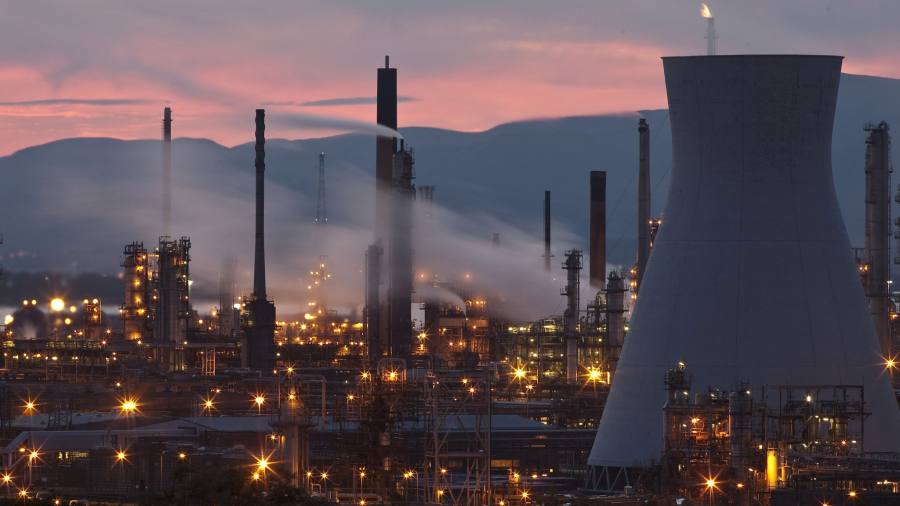 Ineos is to spend $2bn building three chemicals plants in Saudi Arabia, heralding the first investment in the Middle East by the business controlled by British billionaire Jim Ratcliffe.

The privately-owned group will construct the facilities at a vast petrochemicals complex being developed in the oil-rich kingdom.

The scheme adds to a string of big-ticket projects at Ineos, which has ambitions to expand in to China, become a major player in oil and gas, and is planning to enter the car market with a 4×4 off-road vehicle.

Tom Crotty, a director at Ineos, said the investment fitted into the company’s strategy of becoming more global.

“Our footprint has traditionally been in Europe and North America. Two areas we don’t [have a presence in] and are looking to build in are China and the Middle East. That helps to spread risk,” he said.

Founded two decades ago, Ineos has grown through acquisitions to become one of the largest chemicals producers.

The Amiral petrochemicals project, a $5bn joint venture between state-owned Saudi Aramco and French energy group Total announced last year, will supply the feedstock to the new Ineos plants. Ineos has signed a memorandum of understanding with both companies.

Saudi Aramco, the world’s largest oil exporter, has been investing heavily in refining and petrochemicals as it seeks to reduce its reliance on foreign crude sales that also deliver the bulk of government revenues.

The kingdom’s drive into petrochemicals is also aimed at generating more value from its oil and helping prepare for a slowdown in demand for crude. Saudi Aramco this year agreed to buy a 70 per cent stake in compatriot petrochemicals giant Sabic for just over $69bn.

The three speciality chemicals facilities planned by Ineos, scheduled to be running by 2025, will include a state of the art acrylonitrile unit. The substance goes into acrylic fibres found in socks, sweaters and carpets, as well as lightweight plastics used in car panels.

It will also build two olefins plants, whose applications include synthetic lubricants and water treatment chemicals.

Earlier this year, the UK-headquartered company unveiled what it called the biggest investment in Europe’s chemical industry for “a generation” — the €3bn construction of two petrochemicals facilities at the Belgian port of Antwerp.

Asked whether the Saudi plans meant Ineos was turning away from the UK, Mr Crotty pointed to £1bn of investments in the country including the revamp of a key North Sea pipeline.

“This isn’t diverting investment from the UK,” he said. “It’s part of our general globalisation.”

A final decision on the manufacturing site for Ineos’ planned vehicle, billed as a “spiritual successor” to the Land Rover Defender, was likely in the next two to three months, said Mr Crotty. Locations in Portugal and the UK are in contention.