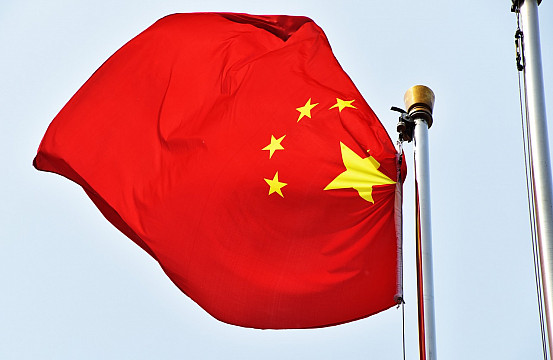 As the U.S.-China trade war drags on, Beijing is confronting a problem that was obvious from the beginning: How to respond when a true tit-for-tat is no longer possible. China exports far more to the United States than the other way around — $539 billion versus $120 billion in 2018, according to U.S. government data. Essentially, then, once the Trump administration slapped tariffs on more than $120 billion in Chinese goods – and currently $250 billion face 25 percent duties – Beijing could no longer respond in kind.

However, China has a variety of less traditional methods to apply economic pain. Most notably, Chinese media have started openly suggesting that Beijing could limit of halt exports of rare earth minerals to the United States, in retaliation for U.S. tariffs on Chinese goods as well as moves to sanction Chinese telecoms giant Huawei. Rare earth minerals are key materials for the production of advanced electronics, from mobile phones and electric cars to fighter jets and guided missiles.

Many news outlets noted that China has done this once before, to Japan in 2010. Back then, Beijing and Tokyo were locked in a diplomatic spat over Japan’s arrest of a Chinese fishing boat captain who had allegedly rammed Japanese Coast Guard vessels while fishing near the disputed Senkaku/Diaoyu Islands. The captain was later released after immense diplomatic pressure from China – and it’s widely believed that pressure included a temporary ban on rare earth exports to Japan.

In September 2010, the New York Times reported that “Chinese customs officials are halting shipments to Japan of so-called rare earth elements, preventing them from being loading aboard ships at Chinese ports.” The move was widely believed to be in retaliation for the fishing boat incident – but, importantly, the existence of such a ban was never officially confirmed.

In fact, the Chinese government denied it outright. “China has not issued any measures intended to restrict rare earth exports to Japan. There is no foundation for that,” a Chinese Commerce Ministry spokesperson said in response to the New York Times story.

Nine years later, it’s still not entirely clear that a rare earths ban on Japan ever actually occurred. As Amy King and Shiro Armstrong pointed out in 2013 for the East Asia Forum, “recent studies cast doubt on whether there was actually an embargo on exports to Japan and, if there was, whether this was linked to the Chinese trawler captain’s arrest.” If there was a drop in Japanese imports of rare earths from China, King and Armstrong argue, it was “more likely the result of China’s earlier decision to cut worldwide rare earths exports” – a decision announced in July 2010, “two months before the trawler collision.” Of course, they note, it’s entirely possible that Beijing became more zealous in enforcing this ban after the diplomatic row began. China justified its general export restrictions as necessary to protect the environment; the World Trade Organization (WTO) disagreed, ruling against China’s rare earth export quotas in 2014.

This sort of ambiguity and plausible deniability has been central to episodes of Chinese economic coercion. Beijing can cause economic pain even while strenuously denying it is taking any punitive measures, instead hiding behind the guise of more innocuous safety regulations or administrative restrictions. In 2012, for instance, during the Scarborough Shoal standoff with the Philippines, China announced new restrictions on fruit imports from the Philippines. The official explanation was that Philippine bananas and other fruits were pest-infested and required a lengthy inspection and quarantine process before being admitted to China; in practice, this meant Philippine produce rotted in storage, costing exporters billions of dollars.

A more famous example is the case of China-South Korea economic relations after Seoul’s decision to deploy a U.S. missile defense system on South Korean soil. China had protested that the system, known as Terminal High Altitude Area Defense (THAAD), threatened its national security interests and Beijing repeatedly called on South Korea to rethink its decision. As the THAAD deployment moved forward, South Korea began to suffer economically. First, Chinese group tours to South Korea were mysteriously halted in March 2017, causing Chinese tourism numbers to plunge by 50 percent and costing Korean businesses up to $7 billion. Lotte Group, the South Korean conglomerate that had provided the land for THAAD deployment, was hit especially hard, with many of its Lotte Mart stores in China shut down and construction on new projects halted. Lotte eventually announced plans to withdraw from mainland China after taking heavy losses.

Here again, however, the Chinese government steadfastly denied that there was any geopolitical motive at work. Lotte’s stores were officially closed for violating safety regulations (such as the fire code), while the widely reported tourism ban, according to Chinese officials, didn’t exist. Any drop in tourism was simply due to grassroots anger among China’s population. As Chinese Foreign Minister Geng Shuang put it in a March 3, 2017 press conference, “We have said repeatedly that China takes a positive and open attitude towards China-ROK exchanges and cooperation, but such exchanges and cooperation hinge on proper popular support and appropriate public opinion.” He urged South Korea to “heed the voice of the people and take effective measures to avoid affecting China-ROK relations and bilateral exchanges.”

In all of these cases, China’s economic retaliation was pointedly unofficial, and explained away through other means – environmental or safety regulations, for example. In the case of South Korea, Beijing claimed any economic impact was due to a groundswell of public anger that had nothing to do with government policy. Crucially, this rhetorical sleight of hand helped China avoid complaints filed at the WTO, and allowed enough of a fig leaf for Beijing to continue to insist on its role as a responsible economic player.

Many analysts, both in China and the United States, have suggested Beijing could adopt similar tactics against the United States – whether barring rare earth exports or targeting U.S. companies for particularly harsh inspections or fines. But the recent spate of Chinese media report suggests that these coercive measures, for the first time, might actually be acknowledged as official policy. Perhaps that’s just because Beijing needs to connect the dots for a U.S. president not known for his mastery of subtlety. But it could also be a signal that China is increasingly confident in throwing its weight around the world stage – and openly acknowledging that fact.