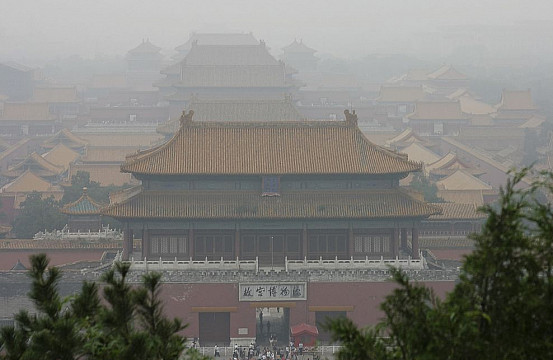 In January 2013, China’s capital of Beijing found itself choking under an epic cloud of smog. Beijing – along with dozens of other Chinese cities – was in the middle of an air pollution crisis that exceeded the maximum measurement levels. China’s air pollution had long been an open secret, despite state media’s preference for referring to such episodes as “fog.” But the high-profile global coverage of the 2013 “airpocalypse,” coupled with the outrage from Chinese people suffering in the smog, finally forced the Chinese government the take action.

Beijing declared a “war on pollution” and began rolling out new measures to combat the problem – new standards and targets for air pollution levels; revisions to China’s Environmental Protection Law designed to increase penalties for polluters; and repeated government inspection campaigns, coupled with heavy fines for violators. But as is usually the case in China, implementation has struggled to keep up with the new regulations. That, coupled with the severity of the problem to begin with, means China’s “war on pollution” has had a mixed record thus far.

First, the good: Damien Ma, writing for the Paulson Institute’s Macro Polo think tank, noted that China’s use of coal had been steadily – if slowly – declining since 2013 (aside from a small uptick from 2017 to 2018). In its place, natural gas and renewables are both increasing their share of China’s energy mix. That has obvious implications for the country’s air quality, Ma wrote: “A direct outcome of clamping down on coal and accelerating the country’s post-industrial transition has been a remarkable decrease in air pollution, a leading priority of the Xi administration.” According to his analysis, the average level of fine particulate pollution (also known as PM2.5, referring to particulate matter of 2.5 micrometers and smaller in diameter) in the 50 most populous Chinese urban areas has dropped by nearly one-third, from 71.2 micrograms per cubic meter in 2013 to 47.9 in 2017.

More recently, in a speech before the 2019 “Two Sessions,” Environment Minister Li Ganjie announced that average levels of PM2.5 pollution had dropped by 9 percent in 2018 compared to 2017. Later data from the Ministry of Ecology and Environment (MEE) found that 120 Chinese cities met national air quality standards in the first five months of 2019, an increase of 20 cities from last year. Overall, “Some 337 Chinese cities enjoyed good air quality on 80.3 percent of days from January to May this year,” the MEE said, according to Xinhua. However, the MEE also found that the overall average PM2.5 levels had remained steady, at 44 micrograms per cubic meter – still far above the World Health Organization’s recommendation of 10.

Of special note, Hebei province – long one of the worst performers for air pollution, due its concentration of heavy industry, and a significant contributor to the smog in Beijing – met China’s standard for PM2.5 pollution for the first time ever in May 2018. Provincial authorities announced that the average concentration of PM2.5 came in at 33 micrograms per cubic meter that month, just below China’s standard of 35.

Admittedly, though, May is generally the start of a relatively good period of Chinese air quality, as there’s no longer a need to burn coal to heat homes and businesses amid cold weather. Generally, air pollution spikes in the first four months of the year, before easing off in the late spring – so good data for May alone does not provide an accurate overview of the air pollution situation overall.

As further evidence of China’s remaining challenges, the same report admitted that from January to April 2019, Hebei’s PM2.5 pollution had actually risen year-on-year, before dropping in May. Meanwhile, Hebei’s ozone levels were up 5.9 percent year-on-year in May 2019.

Hebei is not alone in experiencing ups and downs in its air pollution metrics. Most Chinese cities have been following a “two steps forward, one step back” pattern in terms of air pollution improvements. Overall, the situation is getting better, as Ma noted, but there are still bouts of intensely heavy smog at particular times of the year and in particular cities. Particularly in the north, Chinese cities might see their year-on-year pollution actually rise from January through April, before falling for the rest of the year.

Those mixed signals led to fears among some analysts that China’s “war on pollution” has stalled out, especially as the economy weakens amid the trade war with the United States. But the central government has still been using political messaging to signal its resolve, including dressing down local officials from poorly performing cities throughout 2018.

Certainly the problem deserves high-level attention. A recent study from the Chinese University of Hong Kong found that air pollution – both PM2.5 and ground-level ozone — could be costing the Chinese economy up to $38 billion each year, thanks to its negative impacts on both public health and agricultural yields. As part of that financial cost, the study estimated there were 1.1 premature deaths in China linked to air pollution each year.