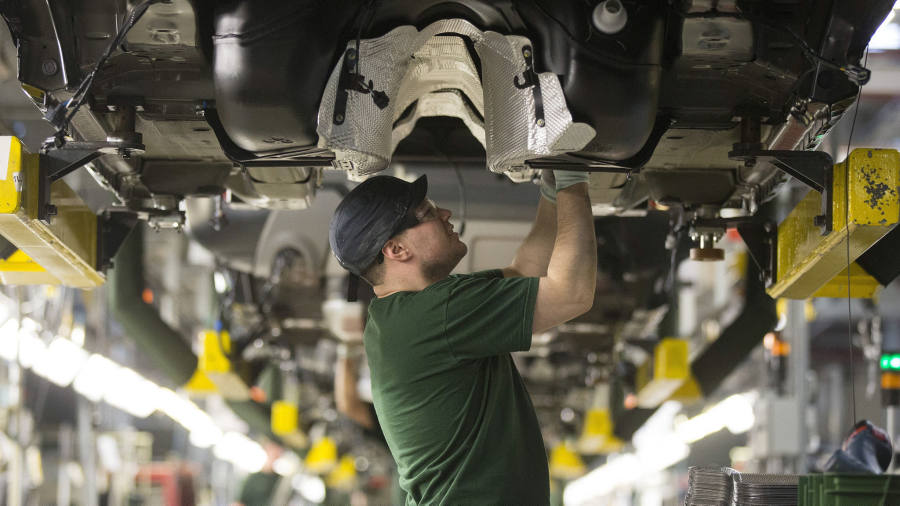 Jaguar Land Rover is flying components out of China in suitcases as it races to prevent its UK plants from closing by the end of this month.

Sir Ralf Speth, chief executive of the UK’s biggest carmaker, said the company’s British plants were “safe for this week” and the week after, but faced difficulties sourcing parts from China in the following weeks, which represented “a risk for overall production”.

“We have flown parts in suitcases from China to the UK just to make sure that we have got the right parts,” he said, adding that last week the company was missing 38 key components.

Transporting parts by air is quicker than sea freight shipments but more expensive and only possible with far smaller volumes than carmakers conventionally need.

Sir Ralf said the “very first critical part” for which JLR was facing a shortage was the key fob. “We have to take all the key systems apart and every car only gets, at the moment, one key fob — just to make sure we can produce.”

JLR is the latest company to resort to rushing parts out of China due to supply chain disruption, with smartphone maker Samsung flying electronic components from China to its factories in Vietnam.

The manufacturer, which has three factories in the UK, joins a growing list of carmakers warning of their supply chains being hurt by the deadly coronavirus, which has spread around the world from Wuhan in China and killed nearly 1,900 people.

In early February, Fiat Chrysler said that one of its European plants would be forced to halt production in a matter of weeks as it struggles to source key parts from Chinese suppliers.

Toyota, Hyundai, Volvo and PSA, the owner of Peugeot, are among the carmakers to have disclosed that coronavirus is disrupting their supply chains or risks doing so. Hyundai and Nissan have closed their sites in South Korea.

“If we miss a critical part then there might be a risk for overall production,” Sir Ralf told journalists at an event unveiling the company’s autonomous electric car, Project Vector.

He said special teams had been set up to manage and monitor the situation but “nobody can predict the future”. JLR is set to restart production in China next week but the chief executive warned that although they were “safe for the very first week”, the situation was “really critical” and they were looking to third and fourth-choice suppliers for components.

JLR’s chief executive, who will step back from his position in September, added that car sales in China were nonexistent. “Nothing is happening . . . it’s zero.”

Speaking at the same event, Guenter Butschek, chief executive of JLR’s parent company Tata Motors, said the company would be able to operate in February and early March but was not covered for the whole of March. He added that the “biggest problem is logistics” and the difficulty of getting components out of China.

Read more about the impact of the coronavirus