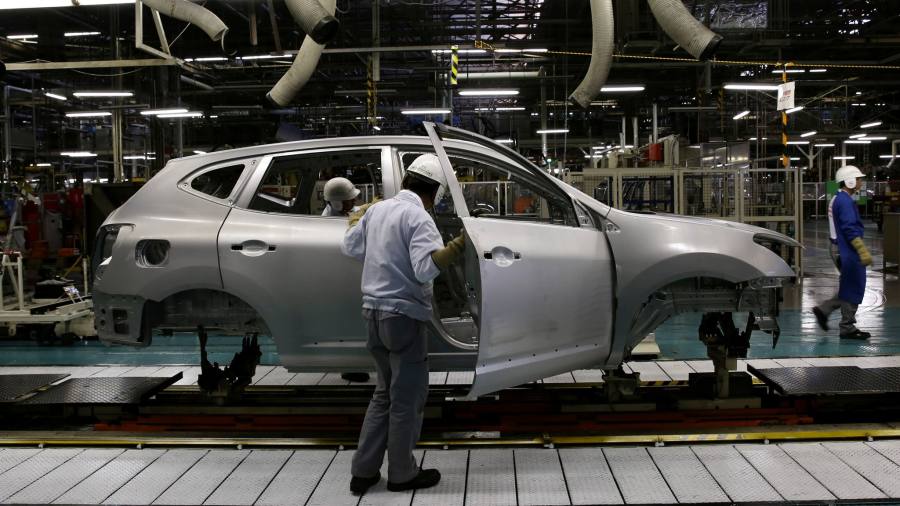 Japanese exports continued to slump in June against a backdrop of slowing global growth and persistent trade tensions, while a larger than forecast fall in imports took the country’s trade balance back into surplus.

Data released by the Finance Ministry on Thursday showed that exports from Asia’s second-biggest economy fell by 6.7 per cent in June compared to a year ago, marking the seventh month of contraction in a row.

A poll of economists by Reuters had forecast a slightly smaller drop of 5.6 per cent.

The data came as the Japanese economy has been hit hard by the disruption of regional supply chains as a result of trade tensions between the US and China. In addition, trade friction with South Korea has risen after Japan earlier this month placed restrictions on the export of materials critical to the manufacture of computer chips.

Business sentiment at large Japanese manufacturers is at a three-year low, according to the Tankan survey conducted by the Bank of Japan.

However, Japan’s trade balance swung back into surplus after dipping into negative territory in June as imports fell by 5.2 per cent year on year against a 1.5 per cent drop in the previous month. That figure was higher than expected, with a Reuters poll signalling a 0.4 per cent drop.