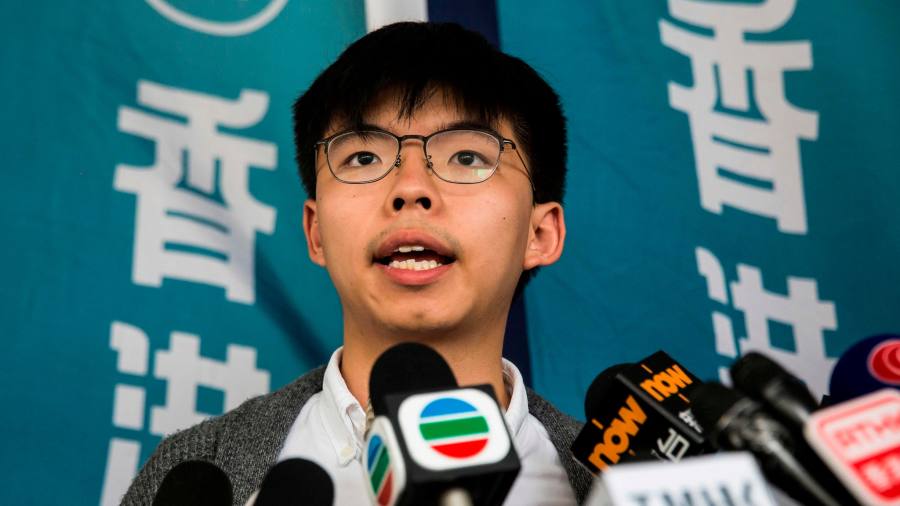 Hong Kong democracy activist Joshua Wong was sent back to jail on Thursday after losing an appeal against a contempt of court sentence, amid a wider clampdown on dissent in the former British colony.

Wong was sentenced to three months in jail in January last year for defying a court order to clear a protest site during pro-democracy rallies in Hong Kong’s Mong Kok district in 2014, according to Reuters. He was subsequently released on bail after serving six days in prison, pending his appeal.

Wong’s sentence was reduced to two months on Thursday, with the Court of Appeal upholding the conviction but citing his young age as a reason for the reduction. He had previously pleaded guilty to the offence, stating it was important to “bear the legal consequences of civil disobedience.”

Four leaders of the 2014 Umbrella protests were imprisoned last month, receiving some of the longest sentences handed down to participants of the movement.

Beijing’s tightening control over Hong Kong has raised fears about the future of the territory, which was guaranteed civic freedoms, legal independence and “a high degree of autonomy” for 50 years when China took control in 1997.