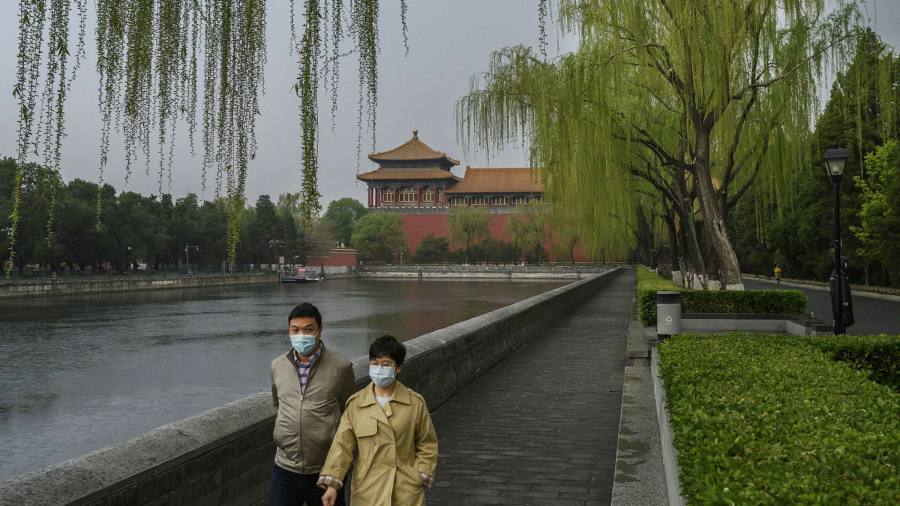 JPMorgan Asset Management regained its position as the top-performing foreign fund house in China in 2019, leapfrogging its closest rivals UBS and Invesco in the fifth annual analysis of the Chinese investment market to be published by Z-Ben Advisors on Monday.

The Shanghai consultancy ranked JPMorgan as top foreign player in the world’s fastest-growing asset management market after it acquired a majority stake in its Chinese joint venture, making it the first international competitor to take control of a mainland investment vehicle.

The deal with China International Fund Management marked an important milestone in the development of China’s investment market where the government wants to accelerate growth and improve standards by inviting greater participation by large international competitors.

JPMorgan this month agreed to spend $1bn to move to 100 per cent ownership of CIFM and also signed a wealth management strategic partnership with China Merchants Bank.

“There are still a number of steps to be completed but we believe the acquisition of CIFM has given us a head start. We now have a mainland asset manager that can sell public mutual funds as well offering our global asset management capabilities and market expertise to a wider range of institutional clients,” said Dan Watkins, Asia Pacific chief executive at JPMorgan AM.

It also plans to roll out more products for retirement savers before the end of 2020.

“It is essential to get pension reforms right because of China’s demographic developments. This is one of the most important roles that global asset managers can play in China,” he said.

UBS and Invesco both dropped one spot to second and third place respectively in Z-Ben’s scoring, while Schroders, BlackRock and Fidelity retained their 2018 rankings in the fourth, fifth and sixth spots.

These six managers have established clear leads over their competitors.

“Trying to displace these frontrunners has become increasingly difficult with each passing year. With that, complacency may become the enemy for the leaders, with a few resourceful competitors making real attempts to challenge,” said Peter Alexander, Z-Ben’s managing director.

Man Group, the London-based hedge fund manager, and First State Investments, dropped out of the top 25 ranking and were replaced by Nomura and Aegon Asset Management in 17th and 20th places respectively. Other notable moves included Bridgewater, the US hedge fund manager, moving up two places to 18 while London-based Winton dropped one spot to 16.

The Z-Ben ranking is a composite measure that evaluates the capabilities of international managers operating onshore in China via fund joint ventures and wholly foreign-owned entities. It also considers the scope and span of the Chinese investments that these managers provide to global investors, as well as their capacity to service Chinese clients’ demand for overseas asset classes.

Asset managers globally have registered large investor withdrawals during the first quarter as financial markets have fallen sharply as evidence mounts that coronavirus will cause a deep worldwide recession. Painful revenue declines this year and the pressing need to ensure business continuity in the US and Europe could severely constrain global managers’ ability to pursue expansion plans in mainland China.

“Coronavirus has brought the world to a screeching halt. It will, unquestionably, lead to a reprioritisation of China plans. The pandemic will separate those that say they want to pursue expansion from those that can actually execute in China,” said Mr Alexander.

He urged international managers to recognise the value that had been created via joint ventures with Chinese partners and to play a long game.

“China’s government knows everyone wants to come when times are good. Beijing values ‘truly old friends’ that stick with their Chinese partners through thick and thin,” he said.

Purchase now, spend as time passes with PayPal Credit. No Interest if paid in full in half a year on purchases of $99+.