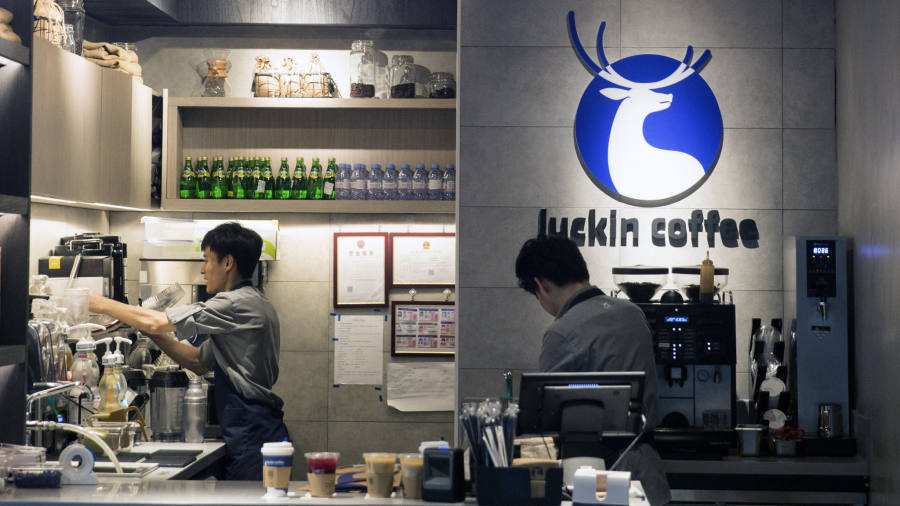 Coffee chains are fighting five millennia of heritage in China. According to legend, tea-drinking started in 2737 BC when leaves blew into an emperor’s cup of boiled water. Starbucks and local rival Luckin want to rewrite local tradition in favour of newfangled coffee. To fuel expansion, the Chinese café group is raising funds in the US. The initial public offering may deliver more froth than caffeine hit.

Luckin will raise up to $510m by selling 30m American Depositary Shares (ADS), each worth eight ordinary shares. Seen as Starbucks’ only serious rival in China, the group is valued at $2.9bn from funding rounds by investors including BlackRock of the US and Singapore’s GIC.

Luckin plans to open up to 300 new stores a month and losses are rising. It will soon overtake Starbucks by number of stores, but not much else. Net losses were $241m on sales of $125m last year. The deficit stood at $82m in the first quarter of this year. The valuation suggests a forward price-to-sales ratio of around 18. The figure would be higher if the issue price is set near the top of the range of $15 to $17 per ADS. Starbucks, by comparison, has a price-to-sales ratio of 3.8.

The group has the wired rating of a hot tech start-up. But Luckin is not one of these. It has hefty rents, for one thing. There are 2,400 stores and counting.

Luckin is relying on fast delivery, low prices and a growing taste for coffee. As the Chinese middle class prospers, low prices will matter less. Sitting in a café run by the Seattle business synonymous with coffee may appeal more. Starbucks has a head start after 20 years in China.

Right now, the average Chinese person drinks about five cups a year compared with 300 cups for the typical American. With consumption growing at a little over 10 per cent on an annual basis over the past decade, it will be a long time before coffee can become a daily staple. If it does, investors should seek a taste through the shares of Starbucks.