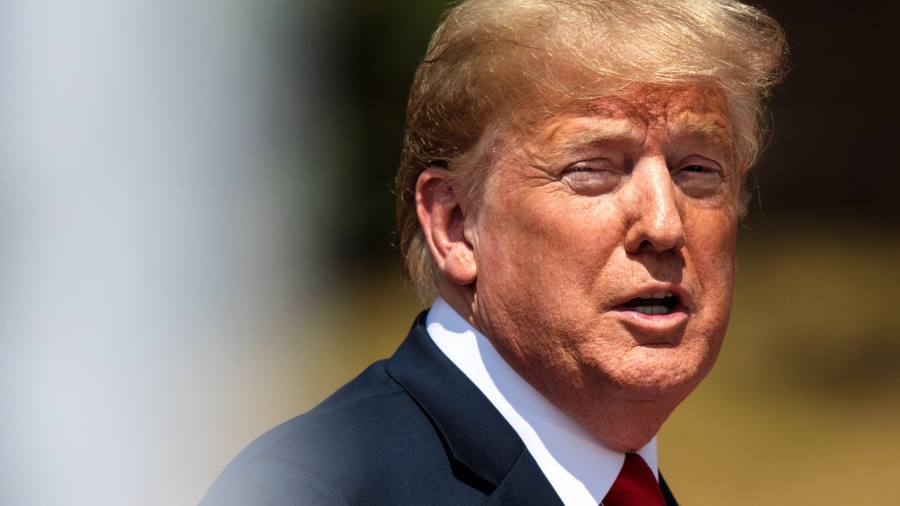 Warning signals over the health of the global economy are flashing. US President Donald Trump’s latest tariffs on Mexico have changed the rules of the game at a time when global growth momentum is fragile and even a contained macro shock could push it off track. Investors have taken cover. Central bankers should be poised to act.

This week’s sharp moves in global equity and bond markets highlight the potential for a significant fallout from the escalating trade tensions. Global equities had their worst month since December with sectors most exposed to global trade feeling the brunt of the weakness. Yields on government bonds fell sharply across the board reflecting both a flight into safe assets and expectations that weaker growth will push inflation lower.

While US trade policy has proved fickle under Donald Trump, this week’s pronouncement that tariffs may be used for an entirely different “problem” adds another layer of complexity. Mr Trump’s decision to link a 5 per cent tariff on Mexican goods to illegal immigration has left investors fearing what comes next from the mercurial president. It comes just a few weeks after he abruptly reversed course on a trade deal with China, to the consternation of Beijing and complacent markets.

The third shoe has yet to drop. Mr Trump is still weighing whether to impose tariffs on European and Japanese carmakers. But the recent twists and turns of the president’s trade policy confirm that the US position can shift at the speed of a tweet. As such auto shares in Europe and Japan were among the worst hit on Friday. Officially the Mexico tariffs were not linked to goods trade, but it did not escape attention that the country has the largest bilateral trade deficit with the US after China, with Germany and Japan following closely behind.

How far Mr Trump’s trade war is affecting global growth is unclear. Buoyed by tax cuts the US economy recorded its strongest year of growth since 2015 last year and this year got off to a good start. But while the 3.1 per cent gross domestic product figure for the first quarter leaves the US as the fastest growing major economy, the composition of growth is weak. Stockpiling was a key contribution to the headline figure, suggesting such strong growth rates are not expected to last. Higher frequency data on manufacturing and durable goods have also been weak.

Growth momentum looks fragile elsewhere. Renewed fiscal stimulus has maintained China’s economic performance for now but this is starting to fade. Latest data on manufacturing showed the sector contracting and retail sales are at a 16-year low. In the eurozone, the German economy bounced back in the first quarter after narrowly avoiding recession last year, but even here the outlook remains sluggish and inflation has dropped further below the ECB’s target.

Investors are right to question whether this masking over of cracks in the global economy can last much longer. Ten-year US Treasury yields are back at levels last seen in September 2017 and markets are now pricing in two interest rate cuts from the Federal Reserve this year. Meanwhile, Germany’s 10-year government bond yield dropped to its lowest level on record on Friday at -0.2 per cent.

Mr Trump’s Mexican bombshell has exploded just four weeks before the G20 summit in Osaka. In the past, investors might have viewed summits as a chance of high-level diplomatic breakthroughs or co-ordinated international action. In the age of “America First” expectations need to be adjusted. Political instability rules, OK.