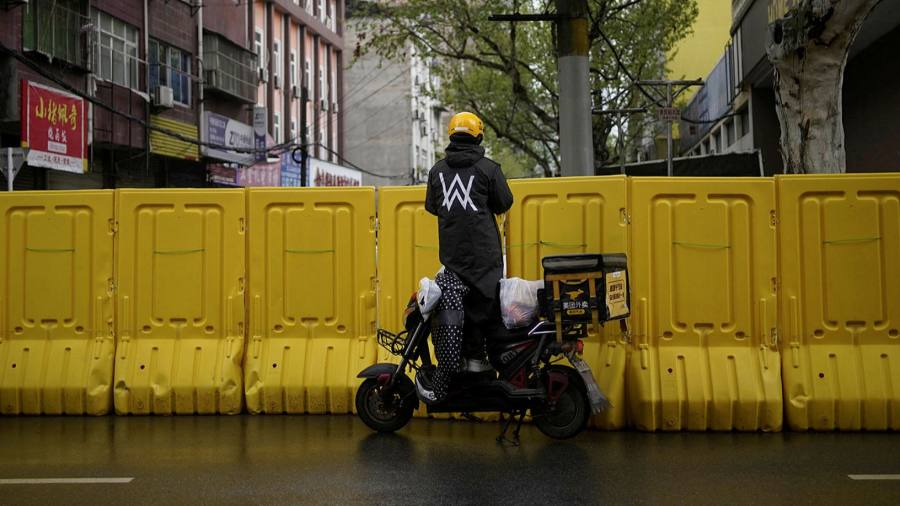 China’s food delivery leader Meituan Dianping warned that its first-quarter revenue would shrink as a result of the coronavirus pandemic, which has halted the operations of restaurants, hotels and local businesses that rely on its “everything app” for deliveries and bookings.

On Monday the company reported that it had turned an annual profit for the first time last year, before the virus began to severely affect business in China, making Rmb2.2bn ($315m) and becoming the third-largest listed Chinese tech company by market capitalisation.

Meituan’s yellow-jacketed couriers zipping around city streets on scooters have become synonymous with the rapid growth of the online food delivery market in China.

The Beijing-based company said its fourth-quarter revenue surged 42.2 per cent to Rmb28.2bn ($4bn), ahead of the Rmb26.7bn forecast by analysts.

The company maintained its profitability during the quarter ending December 31, a period that is usually particularly difficult for Meituan, which increases subsidies to delivery riders to encourage them to keep ferrying food in cold weather.

But from late January, coronavirus put normal life on pause in China, damaging many of the small businesses that Meituan partners with. The company said it expected its revenue to shrink in the first quarter, dragging it to an operating loss.

“The pandemic has resulted in tremendous near-term shocks to many industries in China,” said chief executive Wang Xing. “In the short term, our business segments such as food deliveries, in-store, hotel and travel will all face significant challenges on both the demand and supply side.

“We expect our business performance will be significantly impacted in the first quarter and probably the whole year of 2020,” said Mr Wang.

Shaohui Chen, chief financial officer, said sales at all of Meituan’s business lines including its new initiatives unit, which holds its large bike-sharing operations, would shrink in the first quarter.

Volume at the food delivery business in February was less than half of normal levels, said Mr Chen.

“Gradually more and more merchants are coming back, however, on the demand side. Consumers still have concerns in terms of interactions and health risks first from the restaurant side, so that’s making the whole process more complicated,” said Mr Chen.

For its Yelp-like bookings and advertising business, Mr Chen said, “basically the whole industry [was] shut down in February” as many stores and restaurants were closed, with a slow recovery under way in March.

“The hotel and travel business is far away from really recovering,” said Mr Chen. The industry remains under pressure as domestic travel is burdened by mandatory 14-day self-quarantines for new arrivals to many Chinese cities.

David Dai of Bernstein Research said the near-term recovery picture for Meituan may not be as bleak as executives described, pointing out that management had been overly conservative in the past.

“They probably want to manage and lower expectations, which were raised higher and higher last year,” said Mr Dai.

Still, more than two months after the outbreak began, many restaurants and other small businesses in the country remain closed. Meituan has pledged to help them — and its other merchants — get back on their feet by working with banks to provide Rmb20bn in low-cost loans.

Additive production of Series Parts as much as 1 Meter in total. Innovation Stories What the EOS P 770 Is Accomplishing for the clients