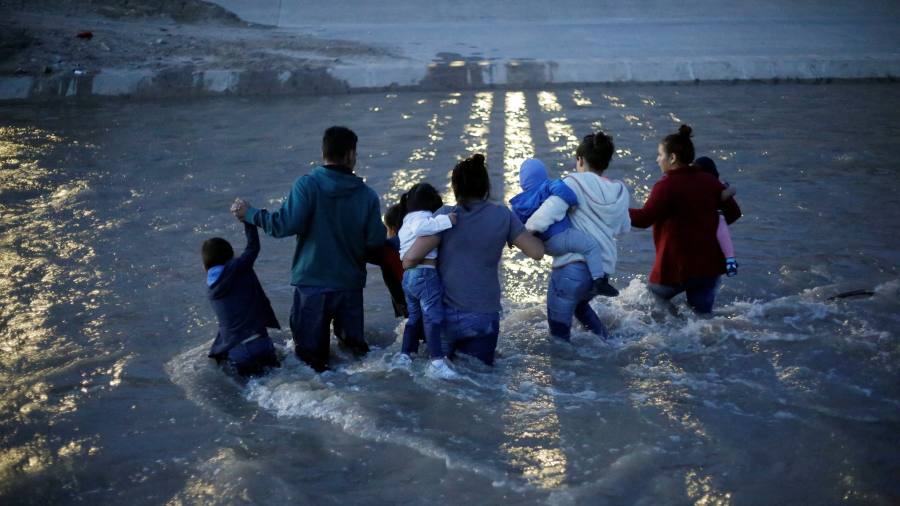 When it comes to his country’s relationship with Mexico, US president Donald Trump has decided to take a position that is at once reckless and suicidal. Reckless, because he is single-handedly scuttling a bilateral relationship with a nation that is vital to the prosperity, security and wellbeing of the US. Suicidal, because the punitive tariffs he threatened on all Mexican imports a little over two weeks ago would only boomerang and smack America in the face.

The lessons from what is surely the gravest diplomatic crisis between the nations since the murder of an undercover US Drug Enforcement Administration agent on Mexican soil in 1985 are worrisome. First, there’s the resounding message to the world that the US cannot be trusted in any negotiation (despite having just finalised the revamp of a new regional trade agreement). Second, they are a reminder of what happens when Mr Trump is allowed to continue weaponising trade policy. Third, they underscore that he will continue to conduct foreign affairs by means of tirades, ultimatums and tantrums.

The US president will never grasp why tariffs on Mexican exports are a self-inflicted wound. The integrated supply chains and joint production platforms that have been built in North America over more than 20 years of regional trade mean that out of every dollar that Mexico exports to the US, 40 cents are American inputs.

A 5 per cent tariff on all imports coming to the US from Mexico would lead to an increase in direct costs to American consumers and businesses of about $28.1bn each year. And if Mexico were to retaliate, as it successfully did last year with a carousel of surgical countervailing duties designed to extract the highest economic and political cost at the congressional district and state levels, the pain would be widespread in Republican states.

No wonder Republicans in Congress, governors and business associations swiftly mobilised to criticise the president and force him to back down; this time around it was clearly a tariff too far.

But Mr Trump’s threat was not really about tariffs. It was about ransoming North American trade to prise concessions from Mexico on immigration policy, which he could then sell to his base as proof of his hardline stance on migrants, refugees and border security.

You cannot enforce your way out of a migration crisis and the US president was not truly searching for a deal; what he really wants is a trophy. Mexico is a prop in a narrative controlled by Mr Trump, and President Andrés Manuel López Obrador would do well to remember this. While Mexico has been behaving like the adult in this relationship, seeking to de-escalate tension every time Mr Trump makes a new threat and appeasing the White House to avoid a worse outcome, that should not be conflated with good policy.

Mr López Obrador should not blink and kowtow as both countries ascertain whether Mexico’s efforts to deter Central American transmigration have worked. But if Mr Trump does return to the warpath, Mexico needs to hold the line and work with its many allies and stakeholders in the US to pile political pressure on the White House.

It should also reinstate its retaliatory duties on everything from agricultural exports and Christmas trees to Bourbon and motorcycles, and let US consumers and businesses bear the brunt of their president’s decisions.

In the coming weeks and months, while Mr Trump plays checkers, Mexico will need to play chess. The US has had the luxury of an ally nation at its southern border for decades. Wrecking the new US-Mexico-Canada trade agreement, and its political and economic foundations, will have a hugely detrimental impact on the bilateral relationship that has been built so painstakingly since the creation of Nafta and in the aftermath of 9-11. Mr Trump should be very careful what he wishes for.

Meet Singles in Ethiopia on First Met вЂ“ on the web Dating Made Simple! Export growth of canada matrimonial, writer of ethiopian on the web.