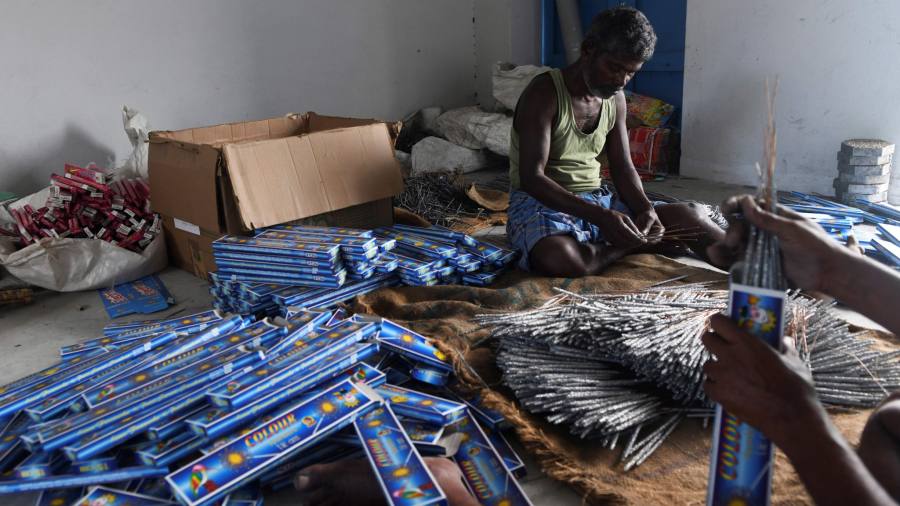 On her visit to Washington last month, India’s finance minister Nirmala Sitharaman said she was designing a policy to woo multinationals looking beyond China. For a country not known for its agility or opportunism in pursuing foreign investment, this is a significant initiative.

India missed out on being a part of the China-led global value chains that have powered the region’s export boom over the past two decades mainly because of the difficulty of doing business there. But, as the global companies that set up shop in China reposition their supply chains in the face of US-China trade tensions, the favoured alternative destinations have been Vietnam, Thailand and South Korea. Most multinationals seem not to consider India as an option. Might the country lose out a second time?

If this fate is to be avoided, certain steps must be taken. The government will hope the sharp reduction in corporate tax it implemented from October is a game-changer. Coming as it did in the midst of severe fiscal difficulties, the tax cut was a bold move but, while it puts India on the radar, potential investors may yet be unwilling to take the plunge unless further reforms are taken on.

At the top of the list are land reforms. Investors have been frustrated by India’s excruciatingly cumbersome land acquisition laws that result in heavy cost and time overruns. Taking action has been politically challenging as successive governments struggled to strike a balance between ensuring farmers are not cheated out of fair compensation and streamlining the process for investors. In his first term as prime minister, Narendra Modi tried to tweak the balance in favour of investors, but gave up quickly in the face of political backlash.

Equally important is to reform complex labour laws that make it difficult for companies above a minimum size to fire workers. Corporates have typically chosen to stay small to avoid legal hassles. This is not a position from which India can attract investment relocating from China, where economies of scale have been forged by employing thousands of workers in gigantic factories.

India’s poor infrastructure is another major barrier to investment. The problem here has been one of funding. The public-private partnerships the government hoped would be the answer proved an unhappy experience. With the gradual easing of the bad debt problem that has weighed down India’s financial sector, it should be possible to encourage private investment back.

Like its regional peers bidding for manufacturing capacity leaving China, India hopes to leverage its wage advantage. The average monthly manufacturing wage in India is a fraction of what it is in China. But this is neutralised by India’s low productivity owing to a poor skill endowment. The government has launched a programme to improve skills across both blue- and white-collar sectors. Here, even small improvements can yield big dividends.

In winning the battle for investment, India also has to fight misperceptions. The country ranked 63rd in the World Bank’s latest ease-of-doing-business rankings, a big jump from 142nd place, when Mr Modi took power in 2014. But the stereotype of an indifferent, corrupt, venal bureaucracy persists. A new narrative is needed, highlighting success stories such as Apple electronics manufacturer Foxconn’s decision to locate production capacity in India.

Mr Modi rode to office promising jobs for a burgeoning labour force. Not delivering on that promise is his single biggest failure. There can be no jobs without investment; no investment without reforms. Will he bite the bullet?

Jean-Claude Juncker, the outgoing president of the European Commission, admitted, “We all know what to do, we just don’t know how to get re-elected after we’ve done it.” Mr Modi now has the challenge and opportunity of proving Mr Juncker wrong.

The writer, a former governor of the Reserve Bank of India, is currently a visiting fellow at the University of Pennsylvania