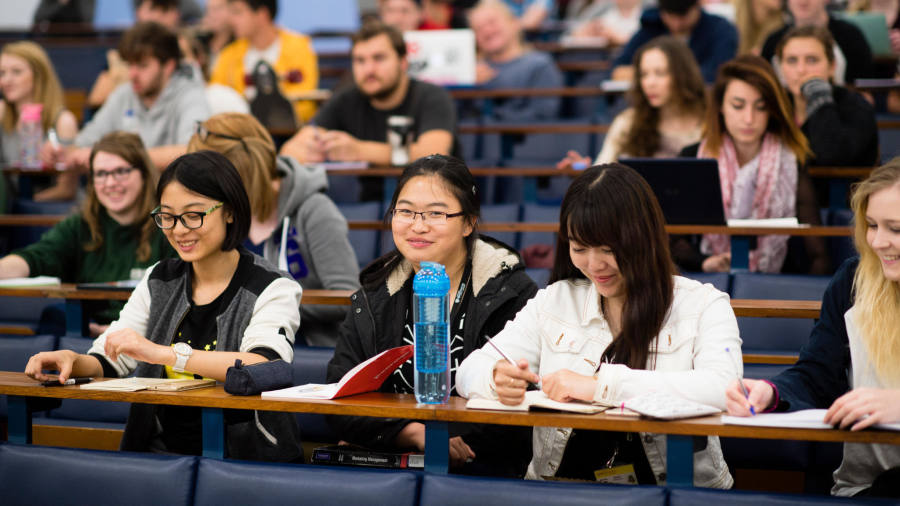 A record number of Chinese undergraduates have applied to take up places at UK universities this year — displacing the Northern Irish for the first time to become the fourth largest group of applicants after those from England, Scotland and Wales.

UCAS, the university and colleges admissions service, said applications from China for 2019 soared 30 per cent to 19,760 — accounting for about 3 per cent of the total. The number of Northern Irish applicants fell slightly to 18,520.

Many universities are promoting their courses abroad as a way to generate additional income: non-EU students are ineligible for government-backed loans and typically pay two or three times the level of domestic fees.

Clare Marchant, UCAS chief executive, said: “The global appeal of UK higher education has never been clearer, with record demographic-beating application rates in England and Wales, and the steep rise in international applications, especially from China.”

Applications from EU citizens not resident in the UK rose 1 per cent to 50,650, led by France and Spain, as uncertainties over Brexit were offset by the weak pound and guarantees that the fees for those beginning studies in the coming academic year would be frozen at the levels paid by domestic students.

The British government has been encouraging foreign students. A core part of its global education strategy to boost export earnings is to increase the number of foreigners in higher education, including at postgraduate level, by nearly a third to 600,000 over the next decade.

The growth has raised some concerns about the support available at UK institutions for international students, as well as the effect of large numbers of any single group on the broader experience of study.