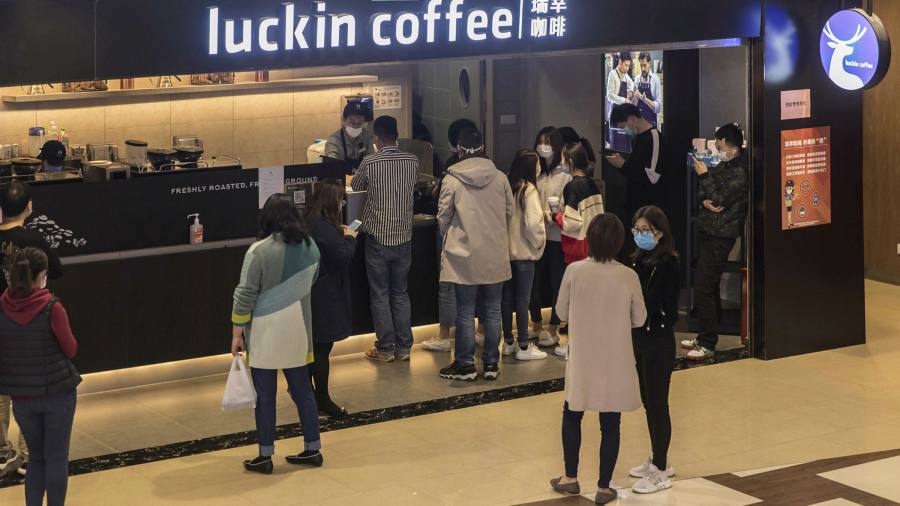 It has been a good week for short sellers. Muddy Waters, named after a blues musician and run by short seller Carson Block, triumphed with two bets on Chinese companies where it alleged frauds. The after-effects, which are spreading to other US-listed Chinese peers, should spur more gains for market sceptics.

Shares in China’s Starbucks rival Luckin Coffee had plunged 84 per cent this month, until trading was halted on Tuesday. The group admitted to fabricated sales amounting to as much as 44 per cent of last year’s revenues. Muddy Waters, which had disclosed a short position in January, stands to profit handsomely.

This week, the shortseller’s two-year-old claim that China’s largest tutoring business, TAL Education Group, inflated profits was confirmed by the Beijing-based company. It had inflated sales through forged contracts with its vendors. Shares have dropped almost 7 per cent since Tuesday’s announcement.

The affected TAL business — an online primary school studies unit — is relatively small, accounting for around 4 per cent of current fiscal year revenue. Even so, the news will have outsized influence on foreign investors already sceptical about US-listed Chinese companies that do not follow US auditing standards. The case demonstrates how easy it is to fabricate contracts and sales.

China’s Netflix rival iQiyi is the latest target. Muddy Waters-backed Wolfpack Research has this week accused iQiyi of overstating sales by up to 40 per cent. iQiyi says Wolfpack’s report contains errors and has misleading conclusions. But its share price has lost 5 per cent nonetheless.

iQiyi shares are valued at less a fifth that of Netflix, measured by enterprise value to forward ebitda. Others like Alibaba are among those that trade at significant discounts to global peers, at less than half that of Amazon, on a price to forward earnings basis. That “China discount” until now, has mostly reflected the political risks that came from a trade war with the US.

That discount is set to widen as the latest scandals put the spotlight on mainland China’s corporate governance. With the effects of coronavirus shutdowns starting to hit corporate earnings, more companies may be tempted to massage the numbers. In such perfect conditions, short sellers have nothing to sing the blues about.