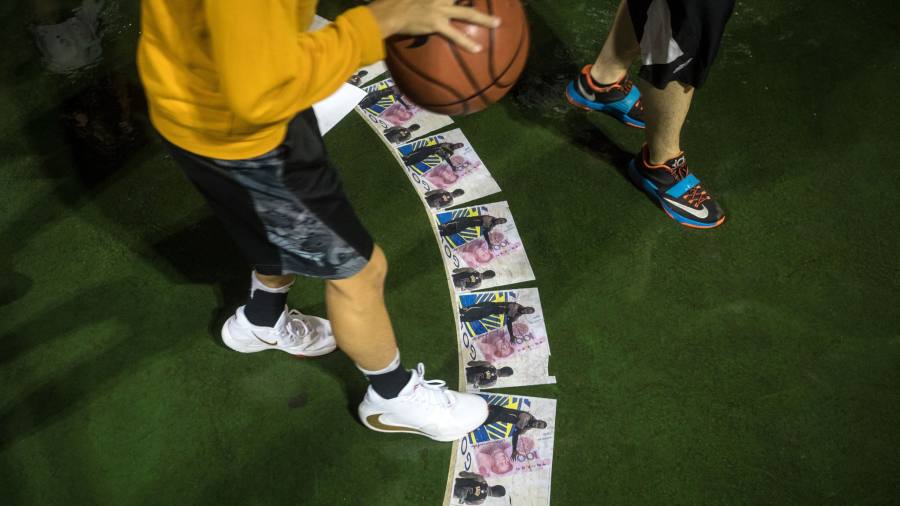 The recent pandering to the Chinese Communist party by LeBron James and other National Basketball Association stars and officials is shocking and sad. Unless US business leaders and entertainers locate their spines quickly, we will find that the west’s four decades of engagement with China have provided an autocratic despot with the understanding and resources to make the world less free.

If you supported Colin Kaepernick for kneeling to show support for the rights of African-Americans, why wouldn’t you support someone speaking out for the rights of the people of Hong Kong? Instead, James criticised Houston Rockets executive Daryl Morley for tweeting in support of the Hong Kong protesters. Martin Luther King’s observation, which James once tweeted, that “injustice anywhere is a threat to justice everywhere” does not add “unless it helps you financially”.

What is happening in Hong Kong is horrifying. First, it looks like the promise of “one country, two systems” that we hoped would allow Hong Kong to influence China for the better is about to be overridden by Beijing. The ripple effect will mean that more of the world will be inherently more hostile to western values. Don’t take my word for it, take theirs: “We believe that no comments challenging national sovereignty and social stability fall within the scope of freedom of expression,” Chinese state television said as it announced the cancellation of some NBA broadcasts.

The Chinese Communist party is already showing what kind of new world order it hopes to create by coercing Americans to kowtow to it. Evidently, the moral superiority that the NBA claimed to have over other US sports leagues is about as real as the financial statements of Sino Forest and other Chinese groups my fund has targeted.

Optimists hoped we would fundamentally change the Chinese Communist party. Instead it is fundamentally changing us. Beijing wants to remake the world in its image, which should frighten any human being who respects free thought, free assembly and free expression. Hong Kong once represented the promise of combining the strengths of Chinese and western societies. The territory possessed the relentless energy and drive that the Chinese people embody as well as a western-style legal system, strong institutions and individual rights.

That was what a world with a rising China could have been like. Unfortunately, it was largely ephemeral. Western openness became gullibility. We took too long to realise that China was not changing for the better, but rather becoming stronger and more corrosive in its global influence.

At the same time, America and the west were overtaken by a tremendous sense of insecurity that drives greed — a compulsion to earn as much as we can today because we are worried what tomorrow will bring. This greed led those of us with money into a cycle of ever-increasing compromises with China. A demand to share technology with Chinese partners became an order not to express thoughts freely. Human rights should never be part of some transactional equation.

For once, the US has the ability to take a stand on an issue that is not subject to the usual lines of political polarisation. American leaders should be speaking out loudly to defend American rights to free expression no matter where they are. US President Donald Trump and his potential Democratic rivals should speak forcefully of the problems the US can create for China if the Communist party continues to squash Hong Kong.

For all the talk of “China rising”, the party should be reminded that the country cannot rise without the help of others. The party has already trapped 1.4bn Chinese people in a speech prison — it cannot be allowed to add the rest of us. The NBA should take a knee for Hong Kong.