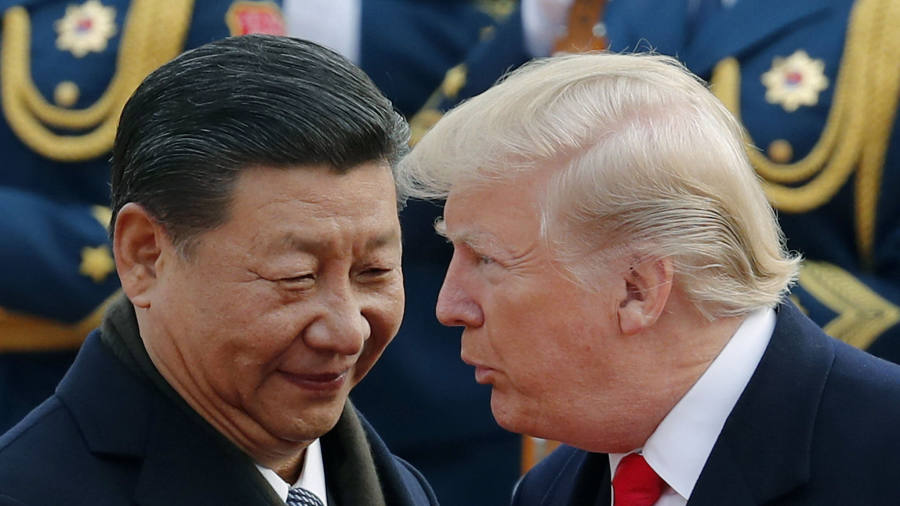 A small Virginia-based entrant to the exchange-traded fund market has raised eyebrows among industry veterans as it attempts to answer one of the most pressing questions for investors: how do you protect your money from the fallout of a trade war?

Investors have honed in on companies thought to be hardest hit by disputes over trade, as tensions between the US and China escalated last month and Washington opened up new lines of attack on Mexico and India last week. Semiconductor groups have suffered in particular, along with car companies, as their shares have lagged broader indices around the world.

MCAM International of Charlottesville is offering another way to play the tense environment, launching its debut ETF on Wednesday under the ticker “TWAR”. The new product aims to track an index of 120 companies selected for their ability to outperform competitors during an international trade war as a result of their “government patronage”, which could include state contracts or subsidies, according to regulatory filings.

“There is reason to think that [these companies] will benefit from . . . government protection of some sort,” said David Martin, founder and chief executive of MCAM. “It would be a gross misrepresentation to say they will be insulated but the expectation is that they will suffer less.”

But even before its launch, industry veterans are questioning the upstart’s approach, citing a host of other niche ETFs that have failed to gain traction. According to research firm ETFGI, there were 7,774 ETFs and other exchange-traded products around the world at the end of April, holding some $5.6tn of assets.

“It’s extremely difficult to break through the clutter in the ETF space and I do not think this is the way to do it,” said Dave Nadig, managing director at ETF.com. “I am sceptical.”

MCAM’s background is not in ETFs. The group specialises in helping banks exploit their intangible assets, such as intellectual property, and also runs CNBC’s IQ 100 index, which ranks companies that derive significant revenue from proprietary technology. MCAM will launch two other ETFs on Wednesday that track such companies.

The underlying index for the new trade war ETF also sifts companies by the strength of their intellectual property, but goes one step further, marrying it with an assessment of their ties with the government. In May, however, four of the index’s top-five holdings — General Electric, Cisco Systems, Xerox and IBM — underperformed the S&P 500 index. The exception was Advanced Micro Devices, which did better than the large-cap benchmark.

Mr Martin said that being protected from the fallout of a trade war does not insulate a company from other factors that may affect its performance, but added that over time the strategy should win out.

Not everyone is convinced. “I would be a little sceptical given everything that is going on,” said one ETF industry veteran. “I don’t know how a company that has patents or business with the government will necessarily benefit. It is very difficult to know what president Trump will actually do in the end.”