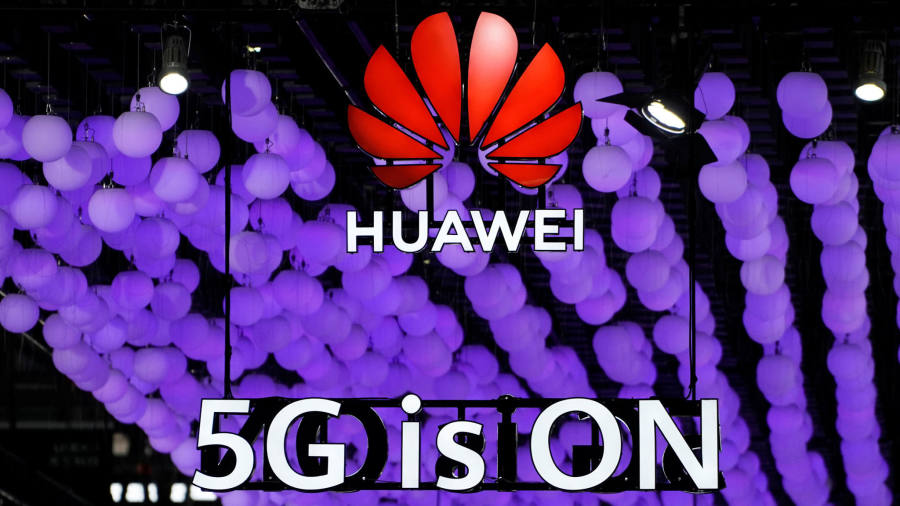 I recently had the pleasure of hosting a State Department led delegation of young international leaders at the Financial Times’ office in New York. The group, which included economists, government officials, journalists, NGO workers and private sector folks from over a dozen countries, were visiting as part of a US government sponsored economic co-operation programme (here, let me stop and say thank you to all the public servants in the Swamp who continue to try and do this sort of diplomacy, given the current environment).

At one point, I asked the group what they considered to be the most under-reported story by American media. The consensus: how China is filling the diplomatic and economic vacuum created by America in places like Africa, eastern Europe, south-east Asia, and so on. They shared a variety of fascinating examples, from ports built by the Chinese (who will seize property if debts aren’t paid) to vocational training offered by Beijing. But the most important influence was around the rollout of Chinese equipment and standards in 5G — several participants had stories about how China’s technology was being adopted in their own countries.

As Swampians know, I have been writing about decoupling for some time, and was one of the first to bet that the US and China would create separate technology ecosystems. Every day brings a new beat in that story — witness national security adviser Robert C. O’Brien’s recent comment that Huawei has the ability to retrieve sensitive information in the next-generation wireless services it is building for countries in Asia, Europe and elsewhere. The idea is that such “back-doors” could present security risks for US allies (Huawei is already banned from use by US government agencies and contractors). We’ve seen President Trump “apoplectic” after Boris Johnson opted to use Huawei equipment in the UK, and heard him call for the US to take stakes in Nokia and Ericsson to combat the Chinese telecom advance. The fact that the market blew this off confirms what I have heard in recent weeks from very high level European sources, which is that it would be nearly impossible, at least in a cost effective way, to ban Huawei in Europe because the company is already so deeply embedded in 2-, 3- and 4G, on which many 5G systems will be built.

There was also a less covered, but perhaps more important news event last week — the Department of Justice challenge to the Federal Trade Commission’s antitrust ruling against Qualcomm, which it had accused of violating patent rules. In an extremely unusual move, the DoJ showed up and argued that the ruling against Qualcomm would hurt national security (the implication being that the San Diego chipmaker should be America’s national champion in the 5G fight). I spoke to someone who had been in the courtroom, who told me that the line of questioning and the tenor of the hearing seemed to support the DoJ point of view, and that the FTC didn’t even send a senior official (its side of the case was argued by a Stanford law professor).

As Swampians will know, there’s always been a bit of a battle within the Trump administration between the economic nationalists and the pro-business pragmatists. The president seems to favour whichever side works for him at any given moment. But I suspect that the coronavirus may end up being a tipping point in the decoupling process — companies that may have been on the fence about China could start moving their supply chains elsewhere, speeding up the decoupling process. Meanwhile, the Chinese, who feel cornered over their handling of the virus, will have even more reason to hunker down and build out their own tech ecosystem.

Ed, one thing I’m curious to know more about is what the Democratic frontrunners think about decoupling, and whether they, too, would see big US tech firms as strategic resources to leverage in the national interests (I hear that a cadre of Republicans are trying to tie the continuation of legal loopholes like CDA230, which allows platform firms to avoid liability for what users say or do online, to their willingness to respond to certain types of government requests for security related information. These are the sort of request that Apple, for example, has been unwilling to comply with). Any intelligence there? I think the answers will matter not only for security, but for tech stock prices…

Rana, I wish I could give you a more detailed answer. The truth is that Big Tech regulation has receded as an issue in the Democratic debate, notwithstanding Elizabeth Warren’s detailed attempts to rethink what constitutes monopoly abuse. I’ve been to several of her rallies recently (in Iowa and New Hampshire), in which the topic did not arise either in her speech or during questions. I don’t think I’ve heard the word “Huawei” once. Part of the reason for this is Trump’s aggressive stance on China, which has taken much of the winds out of Democratic sails. They criticise Trump’s methods but not his objective. Part of it is also the successful counter-lobbying of the big Silicon Valley companies. The more you hear the word China, the more relaxed Silicon Valley feels about heading off the spectre of antitrust action. It’s worth keeping a close eye on Facebook in the build up to the election. Mark Zuckerberg has quietly cultivated Trump and it seems to be working. Zuckerberg continues to refuse to monitor the content of political ads. That’s good news for the purveyors of deepfakery whom I fear are going to have a field day.

We’d love to hear from you. You can email the team on swampnotes@ft.com, contact Ed on edward.luce@ft.com and Rana on rana.foroohar@ft.com, and follow them on Twitter at @RanaForoohar and @EdwardGLuce