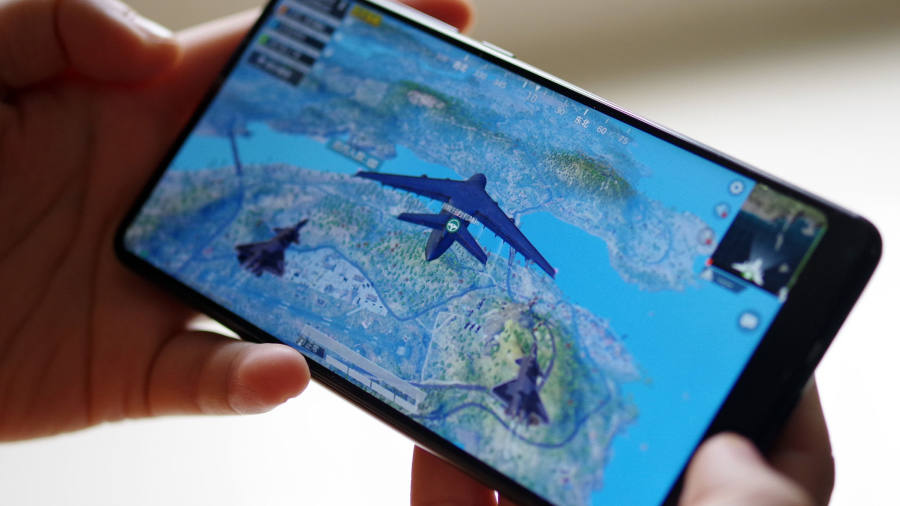 Tencent has snatched the top slot on local download charts with Homeland Dream, a SimCity-like game peppered with Communist party-faithful phrases such as “opening and reform”, as patriotic fervour sweeps up even gamers ahead of the 70th anniversary of the founding of the People’s Republic of China.

The game, called Jia Guo Meng in Chinese, lets players build their own cities while collecting images of slogans like “make army strong and prosperous”, “made in China” and “one country, two systems”, the principle underpinning Hong Kong’s constitution.

Developed in partnership with the state-run People’s Daily and launched last week, it follows in the steps of other patriotic titles released by Tencent. Heping Jingying, or Peacekeeper Elite, — the company’s China version of the massively popular PlayerUnknown’s Battlegrounds mobile game — replaced blood and violence with more politically palatable Chinese military kit.

But the virtual city-building comes as Chinese cities in the real world are facing far bigger challenges: a trade war with the US that has rippled into the tech industry and capital markets, surging prices of food staple pork, and slowing economic growth.

In Hong Kong, protesters have for months been clashing with police in increasingly violent stand-offs that have seen petrol bombs hurled and water cannons deployed to disperse demonstrators.

Despite efforts such as placing curbs on the time children can game and launching games more acceptable to authorities, Tencent has yet to secure licences for any big hits since approvals resumed at the end of last year.

Since then, the regulator has approved almost 1,400 games, by far the bulk of which are domestic. Nearly all the titles getting the green light have been casual games, and many include an educational or social element, such as a Tencent game designed for the visually impaired.

A total of 20 batches of domestic games have been approved, including an unexpected 22 releases on Sunday that Citi analyst Alicia Yap attributed to the week-long National Holiday that starts on Tuesday.

While the newest game is topping the Chinese Apple iOS download charts, many of the nearly 5,000 reviews on the Apple store as of Monday afternoon appeared to have been robotically generated, with many lacking basic punctuation or including indistinguishable words.